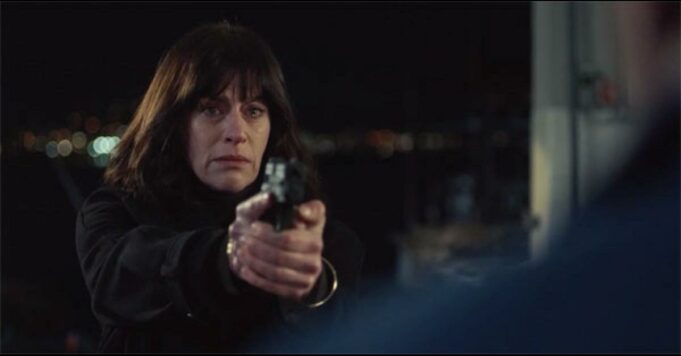 Rarely episodes of Tomorrow Belongs To Us had never been so intense on TF1. And yet, we discovered last night that Flore was absolutely ready to do anything to get revenge. Not content with having poisoned almost the entire Delcourt family and having orchestrated an accident that almost cost the death of Maxime and Judith, Bart’s mother did not hesitate to shoot Alex. Madly in love with him, she clearly couldn’t bear that he decided to leave her to get back together with Chloe. And if she first seemed immensely sad, then she hatched a concrete plan to get her revenge.

Because, indeed, it is she who killed Andréa in order to make her take the blame. Suffice to say that she is now ready to do anything to get what she wants. And if you thought she would stop after putting a bullet in Alex’s head, you were sadly mistaken. Thus, the former director of the hospital will also kidnap Maxime. Its goal ? Use him to leave the country. But their mad dash will be complicated to manage for the young man as Flore has been delirious for several weeks. In the middle of a psychotic crisis, she is not at all in control of herself to the point that she will not stop threatening him with a weapon.

However, Maxime will try to talk to her in order to gain her trust. He will remind her that she has known him since he was little, that she is part of his family too. A tirade that unfortunately will not convince Flore. Exhausted by the road and worried for his father, the one who has just left the Auguste Armand Institute will get out of the car and try to reason with Flore one last time, telling her that Bart will never forgive her if she hurts him. Distracted, Maxime will take the opportunity to try to steal his weapon and a shot will ring out.. Will the young man be seriously injured? Will Flore die? Answer next week!