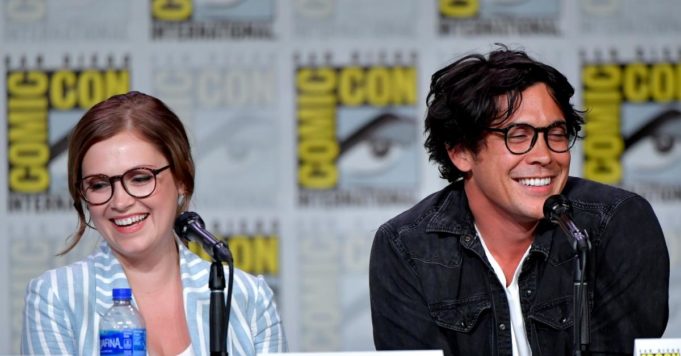 After the loss of her child with Eliza Taylor, Bob Morley (The 100) released a very touching tribute.

Last month, Bob Morley and Eliza Taylor (The 100) released tender messages to celebrate their first year of marriage. Difficult still for some fans to get used to the idea of ​​this union, which remained completely secret until the very last moment. Yet yes, the two actors in the apocalyptic series of The 100 are indeed married and love each other like crazy! But if this first year was to be placed under the sign of total happiness, the couple had to go through a terrible ordeal … During the convention UnityDays 2020 last January, Eliza Taylor revealed to the audience that she had a miscarriage during her secret pregnancy. While the two actors were preparing to become parents, life will unfortunately have decided otherwise.

I got this tattoo at a turning point in my life, things don’t always work out as planned, but the lessons learnt have made me a stronger and better human. Thank you to my good friend @jansenvanbeek for doing an incredible job.

Very touched, Bob Morley then chose to be tattooed for a vibrant tribute to the baby they did not have. The actor of The 100 engraved in black ink a baby penguin protected by his father, symbolizing a strong bond full of love. He posted the result on his account Instagram and wrote: “I had this tattoo at a turning point in my life, things don’t always go as planned, but the lessons learned made me become a stronger and better man. Thanks to my good friend @jansenvanbeek for doing this amazing tattoo. “ The newlyweds are still learning to bounce back from this miscarriage and it is hoped that the future will have better times together. In a more joyful context, discover photos of Bob Morley and Eliza Taylor (The 100) full of complicity and hilarious.