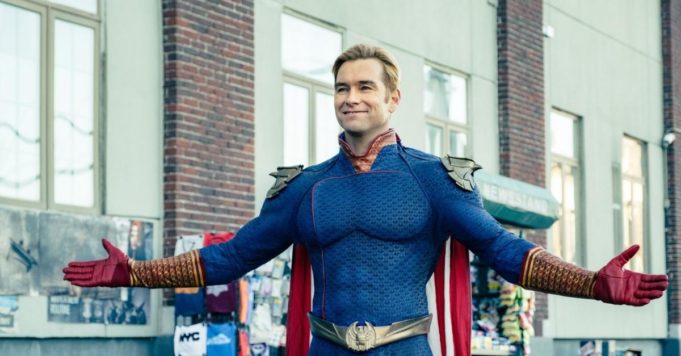 This scene, which has shocked more than one comic book reader, will not be adapted to the screen, but for another reason than its explicit content!

Even before witnessing the success of the second season of The Boys (which you can find out which team you might be on right here), Amazon Prime has given the green light for a third season. The most evil superheroes of the small screen will therefore be back very soon, still hunted by Billy Butcher and his team. Although the series gives itself (almost) no limits on the level of violence and sex, generally explicit, there is a controversial scene from the comics that it will not transpose. As you know, the actor Jensen ackles will soon land in the Soldier Boy costume, a new sup ‘ made in Vought. However, in the comics, this one exchanges a rather disturbing moment with Homelander: but the showrunner, Eric Kripke, has already announced that he will not adapt it in The Boys.

Comic book readers know that Homelander sleeps with Soldier Boy in an attempt to manipulate him. This scene is no more shocking or unhealthy than those in Seasons 1 and 2 such as the fatal cunnilingus, the squashed dolphin or the exploding heads, but it does not fit with the plot of the series. Season 3 will start in a context that does not allow this sequence between the two men to be adapted on the screen. In the last episode, the Protector’s threat was neutralized by the blackmail of Queen Maeve and the dismemberment of Stormfront (which is proof that the supers of The Boys born with powers are more powerful than those created by Vought). He had to publicly admit the Seven’s mistakes, reinstate Starlight on the team, and relinquish custody of his son Ryan. Since he’s in a weak position, it wouldn’t make sense for Soldier Boy to need to sleep with him to make it into the Hall of Fame!