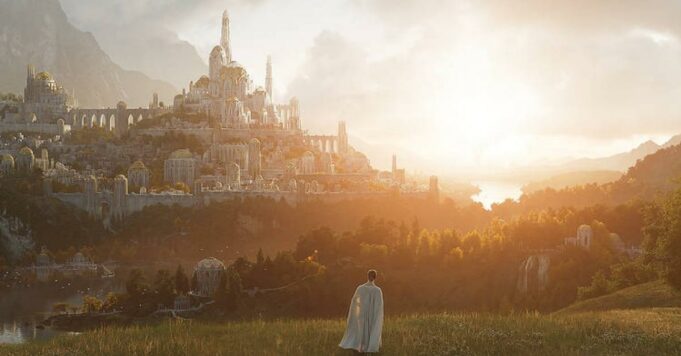 Middle-earth invites you once again after more than eight years of waiting. The event series The Lord of the Rings: The Rings of Power unfolds in new, never-before-seen images. After publishing a string of posters to promote its series, Prime Video shows us the universe in which these new faces will evolve.. A small batch of surprises for fans who are delighted to discover these new previews which announce an exciting series. Characters and places are staged in impressive images revealed by the site Vanity Fair this Thursday, February 10.

Finally we really discover what awaits us next September. The characters are illustrated in beautiful settings worthy of the two previous sagas. Elves, Elrond and Galadriel or even Halbrand played by Charlie Vickers, everything is there to make you want to. The last character mentioned is moreover described as a “fugitive from his own past”. We discover a Galadriel, previously played by Cate Blanchett, less about restraint and more about the terrain unlike the one we encountered in the Lord of the Rings trilogy. The Dwarf Princess Disa, played by Sophia Nomvete, unveils herself in a majestic outfit and stands in front of the Khazad-dûm.

Where the saga of Lord of the Rings were to destroy the rings, we will witness the creation of these in Rings of Power. Carried by a small group of characters, the episodes will take us to Middle-earth and the reappearance of evil. With a project as gigantic as this, Prime Video is really looking to become a reference in the world of series and to compete with Disney + and Netflix. The Lord of the Rings is it the ideal project? Isn’t there a risk of disappointing much more than pleasing? The answers can only be given from September 2nd.