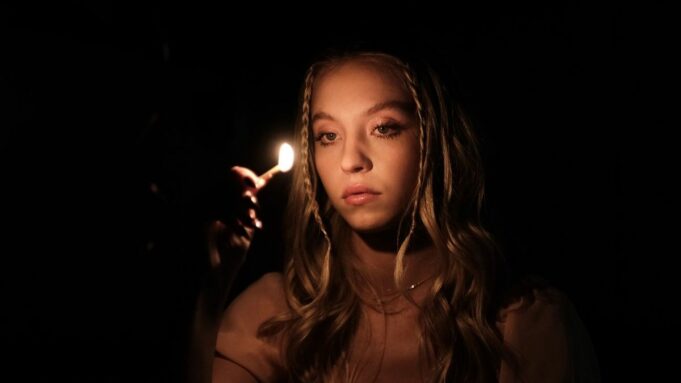 After Madame Web, Sydney Sweeney will continue her career in comics thanks to the remake of a cult film. We explain that to you!

In 1968, the director Roger Vadim adapted the French comic strip to the cinema Barbarella with a sex symbol of the time, Jane Fonda. As kitsch as it is eccentric, the film owes its success not only to the plasticity of its actress, but also to its unique blend of science fiction and eroticism. ” Barbarella is a free, wild, independent girl, explained the creator of the characterJean-Claude Forest, in an interview in 1968. She is not a suffragette, nor a policeman. She remains very feminine and has the privilege of being able to contradict herself on occasion. It is not a vamp, but an anti-vamp. Besides, I hate pin-ups. For me, Barbarella is a type of woman who has always existed. Contrary to what is said, it is absolutely not scandalous. »

But in fact, Barbarella, What is it about ? Set in the year 4000, the film follows the adventures of the eponymous heroine to whom the President of Earth assigns a special mission: to find the scientist Durand-Durand (not to be confused with the homonymous music group) before he won’t sell his invention, the ultimate weapon, to an enemy planet. No doubt inspired by the perennial revival of superheroes, Sony offered Sydney Sweeney a reboot Barbarella. A nice strategic move for the studio which becomes a privileged partner of the star. Sweeney has just joined Sony’s Spider-Man Universe via the spin-off Madame Webin theaters February 14, 2024. No official release date has been announced for Barbarella.

What are Sydney Sweeney’s other projects?

As his partnerEuphoria Zendaya, Sydney Sweeney multiplies the projects, building a dazzling career of rare consistency. Expected in the casting of the third season of the HBO series, the star is now interested in the big screen. We will soon find her in the casting of the SF thriller The Registration as well as the poster of the biopic Reality Winner, where she will play a cryptologist linguist sentenced to five years in prison for leaking secret National Security Agency (NSA) reports to the press. Sweeney will also try his hand at crime fiction with National Anthem“ a frantic hunt among several individuals to get their hands on a highly valued Native American Lakota shirt “. Finally, she will put on the double hat of actress and producer on the set of The Caretakera film in which she will play a young woman who accepts a babysitting job and “ quickly realizes that her responsibilities have far greater – and more dangerous – stakes than she could have ever imagined. »