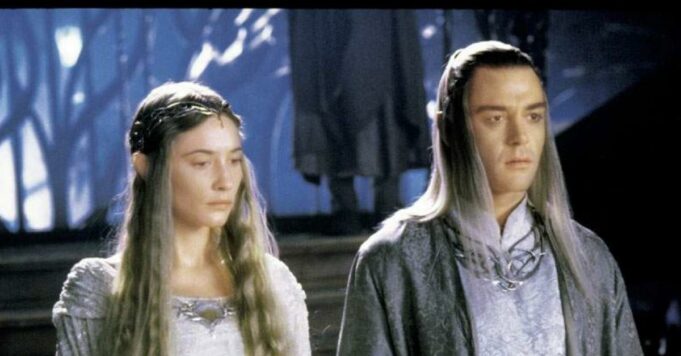 Glimpsed briefly in Peter Jackson’s Lord of the Rings trilogy, Celeborn was one of the most powerful and wise Elves in the universe created by Tolkien. Back to its history.

Galadriel will be back in the Amazon Prime Video series, The Lord of the Rings. Being one of the most iconic characters in JRR Tolkien’s work, the famous Elf had a special place in the trilogy of Peter Jackson. However, the same cannot be said of her husband, Celeborn, briefly seen in The Fellowship of the Ring and at the end of the Return of the King. However, his story as well as that of Galadriel was explained in The Silmarillion. According to the novel published in 1977, Galadriel arrived in Middle-earth to join his brother Finrod and lead the rebellion against Morgoth, Sauron’s mentor. Her stay later took her to Doriath, her great-uncle’s realm where she met Celeborn.

Relative of the King, Celeborn’s antecedents have several origins, this detail having also favored several debates on the proximity of blood between the latter and Galadriel. However, what should especially be noted vis-à-vis their relationship is that the Elf embodied by Cate Blanchett on the big screen finally obtained the name of Galadriel thanks to her husband, the young woman being formerly made call Artanis by his father and Nerwen by his mother. After the fall of Morgoth, Celeborn and Galadriel had a daughter, Celebrian, who later married Elrond before giving birth to Arwen. At the dawn of the Second Age, the couple traveled numerous times and Galadriel received Nenya, one of Eregion’s rings before the invasion of Sauron’s forces. For her part, her husband, considered the wisest of the Elves, allied himself with Elrond and fought the Dark Lord while his wife remained in Lorien.

Later, in the Third Age, they became Lord and Lady of Lorien after the abdication of King Amroth. A role they held for over a thousand years before finally joining the Immortal Lands after the events of Return of the King. Given the character’s bravery and importance alongside his wife, it’s a wonder the Peter Jackson trilogy didn’t give Celeborn more room. Fortunately, fans of Tolkien and his universe will be able to learn more about the elf and husband of Galadriel thanks to the Amazon Prime Video series, whose synopsis unveiled teased its preponderance in the face of the dreaded emergence of evil in Middle-earth. !