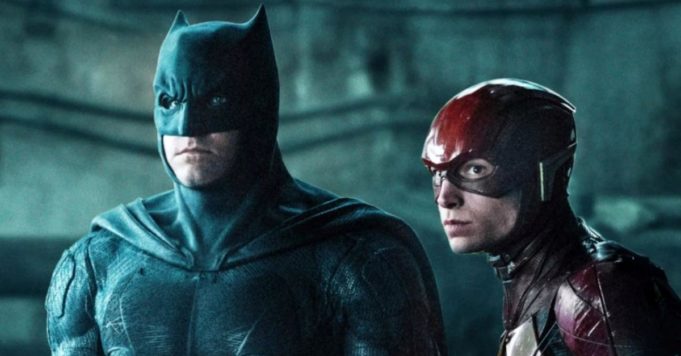 Could Barry Allen have to save his mentor in his next adventures in the DCEU?

Several days ago, director Andy Muschietti revealed new details about his film The Flash. We learned in particular that Barry Allen’s new costume will be made by Bruce Wayne or that the Multiverse will take us where the DCEU has never been before. A sizable teasing that has aroused the curiosity of many fans although the plot is still carefully kept secret. If rumor has it that Bruce Wayne (Ben Affleck) dies at the end of the film, another theory suggests that Batman might disappear at the start of the feature film, forcing his protégé to travel back in time and cross the Multiverse in order to save Batman.

The relationship between The Flash and the Dark Knight will most certainly be at the heart of the film. This is why this theory appears plausible, especially since it would be interesting to see the roles reversed, Bruce Wayne being more accustomed to rescuing people in danger rather than being saved. However, the comics Flashpoint have also served as inspiration for the creative teams, which may suggest that Barry Allen will wish to travel through alternate realities in order to prevent his mother’s death. In this context, it then appears difficult to imagine the character played by Ezra Miller going back in time to save Batman, unless the fastest superhero in the DCEU also takes advantage of this adventure to change the course of his personal history.

Thus, the next adventures of The Flash could represent different issues in the film, the challenges faced by the character can be particularly interesting with respect to his apprehension and his behavior in relation to his mentor as well as in relation to his mother. With this in mind, one could also imagine that the superhero is faced with a major dilemma at the end of the feature film, The Flash then having to choose between the rescue of Batman and that of his mother. Conscious of his status, Bruce Wayne could then sacrifice himself, this being able to correspond to the theory according to which Batman would be brought to die in the film.

Besides, this would come as no surprise, Bruce Wayne understanding the trauma caused by the loss of a loved one since the assassination of his parents. Additionally, seeing The Flash somehow fail on its main mission would bring a new take on the character in the DCEU, while forcing him to embrace his true superhero quality afterwards. It is true that the disappearance of Batman at the end of the film could have a significant impact on the future of The Flash within the universe. Because if it will be necessary to wait long months before discovering the exact plot of Andy Muschietti’s film, there is no doubt that the latter should offer Ben Affleck’s Batman a significant and meaningful place. A strong symbolism which would make it possible to end the story of the batman in a convincing way and to complicate the apprehension of The Flash within the DCEU.