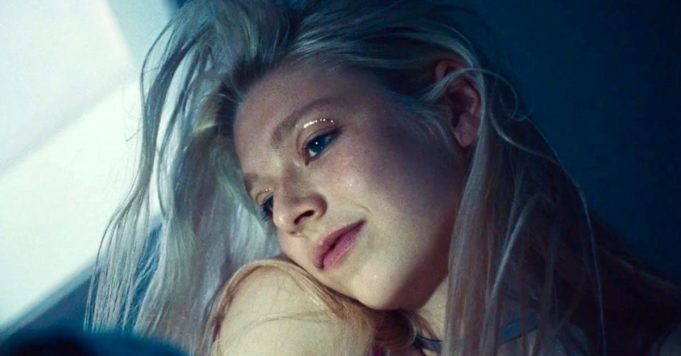 Euphoria’s episode on Jules is available on OCS and here is our verdict.

Watch out for slight spoilers on the special Euphoria episode on Jules in what follows. OCS made it available to its subscribers before it aired on HBO in the United States, and that’s pretty much the better for us. After having already dazzled us with the episode on Rue (Zendaya), Sam Levinson gives it a layer thanks to the character of Jules (Hunter Schafer). The principle is the same and a dialogue in front of a relatively neutral person anchors the whole episode, the pain of the two young women is shared, only the demons are different. For Jules, it’s a session with a psychologist that allows him to open up, as much to us as to herself.

Throughout the episode, Jules searches for himself and tries to put words into her relationship with Rue, while comparing her – on purpose or not – with the one she may have had with men, including one in particular. By immersing ourselves in his thoughts, Euphoria reveals what happened to her after she left and what prompted her to leave. If the series is usually a little more focused on Rue, this episode really allowed to get to know Jules and to better understand some of his fears and what caused them. It is also the opportunity for Hunter Schafer to continue to reveal the full scope of his talent thanks to absolutely brilliant performance.

Shy, on edge, a little lost but sure of his choices, Jules has more concrete questions than Rue who called the whole existence of the world and happiness into question in his episode, but it is thanks to the images that we escape this time. Metaphors and comparisons punctuate the stories of the young woman to illustrate her moods and it is impossible to remain unmoved by a staging imbued with as much violence as poetry. Once again, the series hits hard by plunging us closer to the feelings of its characters in a special episode that clearly has something to think about while waiting for season 2 of Euphoria.