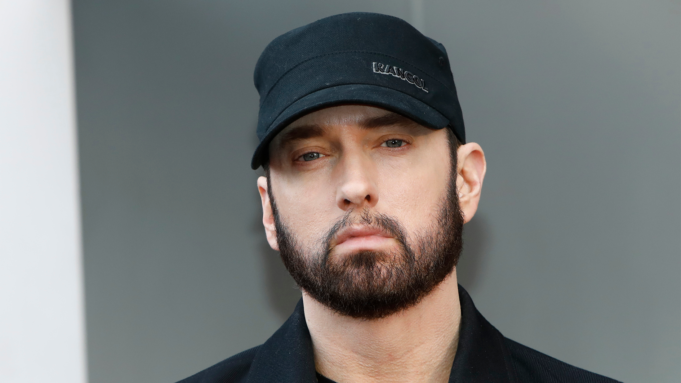 Eminem and Snoop Dogg surprised the American rap universe with the release of this brand new single “From The D 2 The LBC”. A prelude to the release of a new opus of covers for Eminem. The two longtime friends had fallen out in 2020. Eminem and Snoop Dogg shared the news on their respective social media. In particular, they unveiled the cover of this new title, the graphics of which seem very inspired by Comic books, these famous American comic books. The cover depicts the adventures of the two friends, transformed into monkeys, with their avatars of NFT Bored Ape.

Eminem commented on his Instagram account: “It took too long to reconnect with Snoop Dogg. You know we were supposed to make a movie! #FromTheD2TheLBC #CurtainCall2“. This post which was quickly followed by another on which we can see the clip that brings them together. A return for Eminem in feat with Snoop Dogg who takes the opportunity to tease the possible release of Curtain Call 2. For his part, Snoop Dogg shared the news by posting a photo of his rapper friend and himself. We are happy to know that Eminem and Snoop Dogg have reconciled after almost two years of estrangement.

A new album for Eminem

One good news hiding another, the release of this new single seems to announce the return of the famous Detroit rapper to the stores. It refers to a new project, “ Curtain Call 2 without saying more, but the fact that he announces it has made the Web race. Slim Shady could well unveil a new opus of covers. In 2005, the rapper released ” Curtain Call: the hits », an album that brought together his best tracks and some unreleased tracks. A news that delighted his fans on the networks. Let’s wait a bit before rejoicing definitively because we know the announcements that have not been followed up…