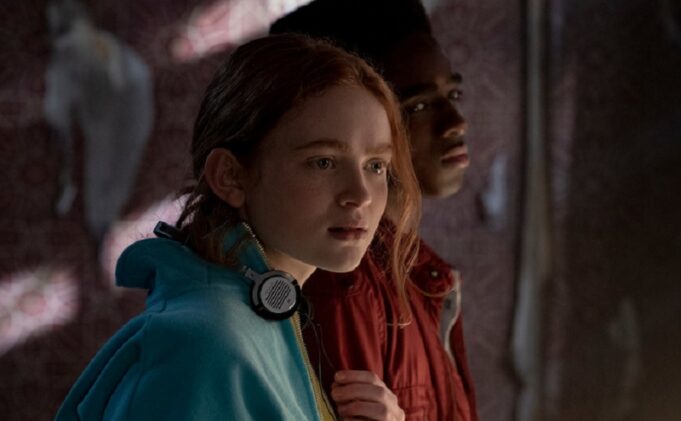 The second and final part of season 4 of Stranger Things is available since July 1 on Netflix. These last two episodes have impressed us. Between smiles, shivers and tears, the writers managed to play with our nerves. But one thing is certain, it’s that the big bad of the season, the one at the origin of everything, Henry, aka 001 aka Vecna, claimed many victims. One of the deaths that particularly moved us (and SPOILER warning), is obviously that of Eddie, whom we had come to know and appreciate in this season 4 of Stranger Things. Even if we remember, the character died attacked by the deadly bats of the Upside Down.

wanna know what songs would save YOU from vecna? head to your Upside Down Playlist on @Spotify to find out
🎧 the first Song on the list = your savior song 🎧

In addition, Vecna ​​wanted to attack Max throughout this fourth chapter of Stranger Things. However, the young woman managed to get out of it the first time, thanks to the help of her friends. By listening to a song she likes, and more precisely HER song, Max managed to get Vecna ​​out of her mind, which allowed her to escape from its grip. “Running Up That Hill opened a door to freedom for him. But then, if you too had to face this horrible big bad, what song could save your life and bring you back to your senses? Spotify has the answer!

The song to fight Vecna

Spotify has created a playlist “ Upside Down “so that everyone can discover his” savior song ” number 1. Whichever song is at the top of your playlist is “your song ” which would allow you to have your life saved”. So all you have to do is take the test to find out what music would save you from Vecna’s deadly grip, if you were in Stranger Things.