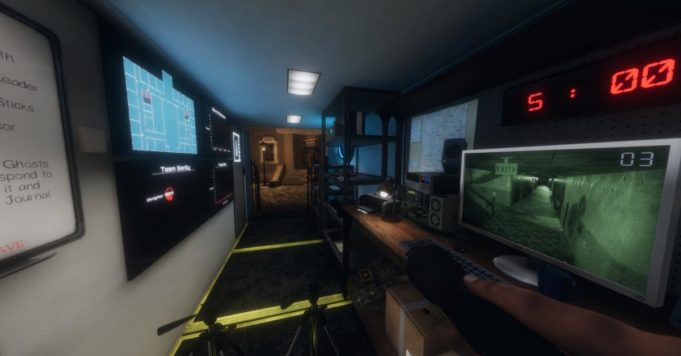 Were you starting to tire of the hunting grounds available on Phasmophobia? Don’t worry: Kinetic Games has plenty of surprises in store for you! Put on your front camera, get your spirit box ready, and come flush out the ghosts in a creepy abandoned prison.

We do not know whether we should thank Halloween, confinement or both … Still, the success of Phasmophobia was unexpected, even for its developers. In Korean early access on Steam, the game has already built a solid fanbase, especially thanks to the streamers, who know how much their community loves to see them suffer in front of the worst horror games of the year. If Phasmophobia pleases so much, it is above all thanks to its “game between friends” aspect which largely compensates for the repetitive aspect of the objectives. However, Kinetic Games is not the type to rely on his achievements. The studio thus tries to make regular improvements to the gameplay. One of the latest updates allows for example to return from the dead, in the form of a specter, to be able to help his teammates to complete missions. But the best way to keep players interested in this kind of title is still offer them new maps. So, just like Among Us, which plans to add a card soon, Phasmophobia, will be renewed with a new place: the Prison.

Until then it was possible to choose between four types of cards: houses, farms, asylum or school. If the last two are large maps, the prison was advertised as “average”. So it will be ideal for groups of three players! You can also try it with four (this will give you a good excuse to stay in the truck while your teammates are being kicked out). On the various photos, shared by Kinetic Games, we can see showers, a refectory , outsideprison or even cells. We can already distinguish the gloomy atmosphere of the place.

Several rumors circulate on the updates to come. It looks like prison isn’t the only map currently in development . According to the Phasmophobia Trello, strangely accessible to all, two other levels are in preparation: a manorand a building . In any case, Kinetic Games has managed to revive our interest, and we look forward to the next updates. If this new map made you want to start a career as a ghost hunter, know that Eneba offers Steam cards worth 50 € : perfect to buy Phasmophobiafor your whole team!