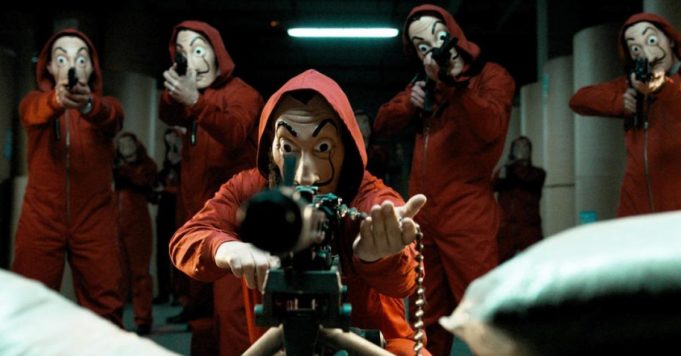 According to this fan, the escape plan planned by the Professor in part 5 of La Casa de Papel has already been revealed!

This is a question that quite questions fans of the series Netflix ! How will the robbers manage to escape from the Bank of Spain this time? After the sublime escape plan of the Professor proposed in part 2, the serivores are now eager to know his new ingenuity. And if for the moment, a large majority of fans are convinced that Sergio could leave his skin there, then allowing Tokyo to take up its torch in part 5 of Casa de Papel, another fan thinks he has found a revealing clue. Indeed, the latter went to Reddit to share his recent find. According to him, the Professor would have planned to evacuate the robbers using a submarine.

On this occasion, the surfer named YungCinnabon opened a thread and initiated the debate in this way: “Do you remember when the Professor talked about the water pipes connected to the vault? I think the gang will escape by this means. The Professor will then retrieve them from the river to which they are connected using a submarine or something like that. This seems to be one of the only options they have without the police in their place. ” A theory which seems far-fetched certainly but which would not be so surprising, Alex Pina the showrunner of the series having accustomed us to much stranger than that in the previous episodes (the superhuman resistance of Gandia for example). Only downside? The size of the pipes which seems “too narrow” for this other fan, who answers: “If they can get a helicopter, they can certainly get a submarine. But I doubt the pipes are big enough for the crew and other things they might want to take with them“What do you think? Also discover this theory that robbers will have to give up gold to survive in La Casa de Papel part 5.