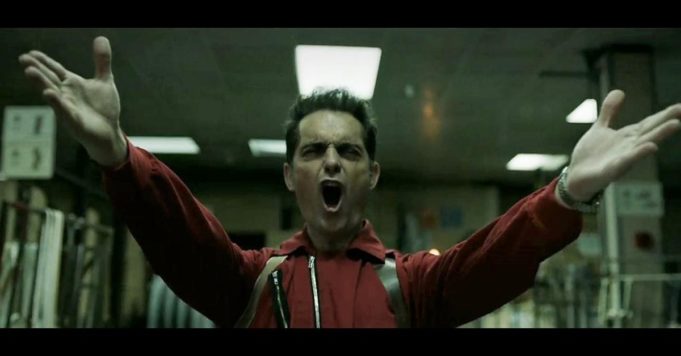 It sounds crazy, but yet a theory explains how Berlin could come back alive in part 5 of La Casa de Papel on Netflix.

The life of bandits has not succeeded in everyone La Casa de Papel! Several members of the team died but one of the robbers could have lived longer and be included in part 4 of Casa de Papel. If we already miss Oslo, Moscow and now Nairobi, Berlin is the dead character that fans miss the most. Died under police fire at the end of season 2, the Professor’s brother returned in the form of flashbacks in the two sequels of the Spanish series. However, some fans still persist in thinking that he could come back in the flesh in part 5 of Casa de Papel. Their theory: no body, no death! Indeed, if the corpses of the previous killed criminals were shown, we did not see that of Berlin (Pedro Alonso).

According to a theory of Screening, Berlin is said to have been taken in by the police, his chest riddled with bullets. Colonel Prieto (Juan Fernández) allegedly took him to the hospital, while hiding from everyone what he was up to. The goal: to extract information from him about the Professor, even if it means killing him later if he really does not want to cooperate. This hypothesis seems a bit far-fetched, even if one does not doubt the eccentric and sadistic side of Colonel Pietro, the latter being an accomplice of the kidnapping of Rio. However, that in fact even Berlin would have survived the police fire, it should also be noted that he was also suffering from a serious illness which gave him only a few months to live. Again, the site Screening has an explanation: Helmer’s myopathy from which the criminal suffered could be treated if the right treatment is administered. Ok, but in that case, why wouldn’t they have taken the pills before? We would like to believe that Berlin will come back to break everything in the rest of the series, but our reason pushes us back down to earth! The team of El Profesor would however need him in part 5 of Casa de Papel because Arturo could become a big threat to the robbers.