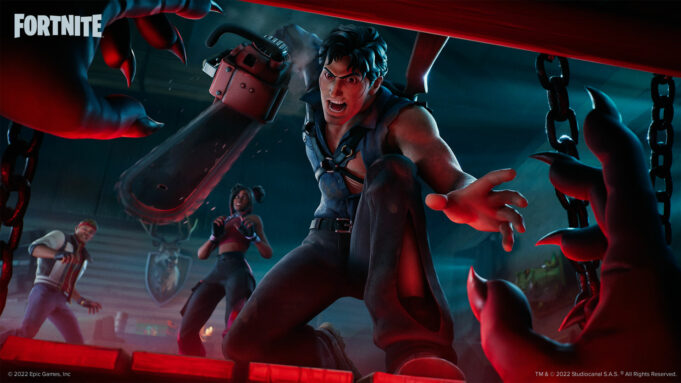 Like every year, Fortnite celebrates Halloween with a dedicated event called Nightmares (or Fortnitemares in English). The 2022 edition was launched on October 18 with a whole batch of dedicated quests and rewards, not to mention the return of the Horde Assault mode in Zero Construction version. Inevitably, the occasion is too good not to launch a new collaboration with a horrifying franchise. After The Walking Dead and Rick Grimes last year, it’s Ash Williams from Evil Dead who arrives.

The zombies are here! Ash Williams too and he will help fight the evil legions of the island.https://t.co/zbRR9ecRmX pic.twitter.com/fLVdSaxt9h

In addition to being able to visit him on the island of Fortnite, more precisely in Knowby’s cabin west of the reality waterfalls, Ash Williams also invites himself to the item shop with his own skin. Like always, a pack with plenty of dedicated cosmetic items is offered for 1,800 V-Bucks. Here is what it contains :

The collaborations are linked during this season 4 of chapter 3 since a few days ago, it was the DC Comics superhero Black Adam who landed on the occasion of the release of the eponymous film in the cinema. Remember that the Fortnite Nightmares event will run until November 1.