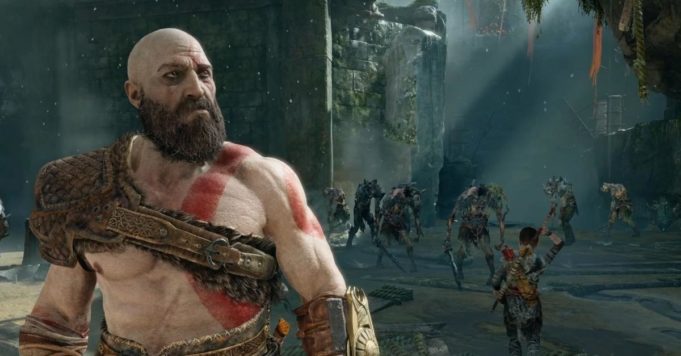 The design of Kratos, the famous protagonist of the God of War series, was directly inspired by one of the roles of actor Edward Norton. A story that reveals more about the intentions of the developers of Santa Monica Studios on their favorite character.

It is not uncommon for cinema, literature and even music to directly inspire video game developers in their creative process. Moreover, the reverse is also true: in the past we have seen that the cinema used a certain number of small scriptwriting tips or elements strictly reserved for video games. But today, we will focus on the influence of cinema on the video game industry with a simple example: that of Kratos, the main protagonist of the God of War series. The latter was indeed directly inspired in its design by the character of Derek Vinyard, the neo-Nazi character played by Edward Norton in the cult film American Story X.

At first glance, it may be difficult to make the link between a demigod from Greek mythology and a fictional neo-Nazi character. However, the connection is there: the team of Santa Monica Studios and precisely David Jaffe, the director of the game at the time, has the Edward Norton prize as a model for the design of his main character. One more example, if needed, that inspiration can be good as long as it does not cross the border of plagiarism. Because if Kratos was indeed inspired by Derek Vinyard, it is not strictly identical to him in terms of design. Besides, what the Santa Monica Studios team wanted to capture most of all was not necessarily the appearance, but the intensity of the character.

The famous David Jaffe was able to express himself thus concerning this direct influence: “It took us a long time to really know what Kratos was going to be like, and finally we took our main inspiration from Edward Norton in American History X, where he plays a neo-Nazi. In particular, there is this scene where he gets arrested by cops, and we see how tough he has become. I showed this to the artist working on the design by telling him : ‘this feeling of power and aggression that you see on his head, can we take that, and adapt it to a character from Greek mythology?’ “. And it is true that in certain aspects, especially in their violence, the two characters resemble each other (and, in both cases, a sort of saving introspection that will bring them back to the good side of things).