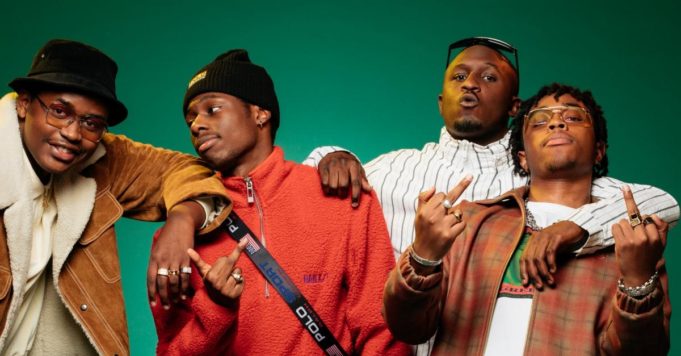 4Keus unveils the colorful clip of “Vie d’Artiste”, extracted from their album scheduled for January 3, 2020.

After “Paris by night”, the 4keus have recently returned with the long-awaited freetyle “Wakztoubi # 2”. Again, the group consisting of HK, Tiakola, Djeffi and Bné showed that it controlled the area since the title already has almost 800,000 views when it was released just a week ago. In order to warm the ears of their fans, the rappers have just come out “The Life of an Artist”, a new extract from their album. Their next album, which will have the same name, is expected on January 3, 2020. This new colorful clip has something to make your mouth water and with this new project, the 4Keus may amaze us!

If they launched themselves in the medium there is little, the group is essential thanks to an effective mixture of Afro sounds and trap flows. Their notoriety is only increasing and it is partly thanks to the help of their Wati B label! The fans are hot hot and waiting for the release of their album “The Artist’s Life”. If we know that the extract of the same name and “Paris by night” will be part of the project, we have no other information as to the color given to this album. We can probably expect well kicked songs and others a little more sung, in any case, the public will be there! And in the meantime, we let you wait with the clip “This is not rap” by Gims and Niro.