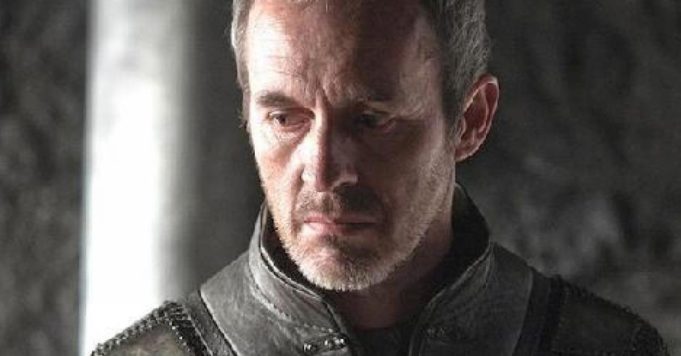 According to some fans, it was Stannis Baratheon who should have ended up on the Iron Throne in Game of Thrones!

He is undoubtedly one of the most controversial characters in the series! And yet, Stannis Baratheon, killed by Brienne in season 5 of Game Of Thrones arouses great interest among readers of the novels George R.R Martin. Indeed, a handful of fans (relatively consistent all the same) do not consider the character as an antagonist. On the contrary! Despite the fact that Stannis agreed to burn his only daughter, Princess Shireen, alive to satisfy the wishes of Mélisandre (an episode which had sparked a wave of indignation on social networks when he was released), they are convinced that it was he who should have ended up on the Iron Throne !

Indeed, on Reddit a surfer named TryppyToaT even opened a thread called “Am I the only one who wants Stannis on the Iron Throne?” to share his theory. “I get the impression that people think he’s a bad guy. But it is not, Mélisandre especially manipulated it so that it does cruel things“he begins by declaring. Before continuing: “Stannis has been fair to everyone and if you bend his knee he will treat you well“. And to underline: “Burning the princess was also a decision made in a desperate moment, if he was able to win, like in the first seasons for example, Mélisandre could never have convinced him to do such cruel things “. Then conclude: ‘Finally, he is a Baratheon, he is strong, he is the heir, and the Seven Kingdoms would fear him “.

A hypothesis which was immediately taken up by other Internet users, in agreement with the latter. As proof, a second fan then replied: “Stannis was an absolute legend. Without him, Jon and the Night Watch would have died, then the whole country would have been wiped out by the White Walkers. The most important is the reason he saved the kingdom. Before adding: “The guy was ready to set aside his own ambitions and make the ultimate sacrifice [Shireen] for the good of the people. You couldn’t ask for a better king. ” For these fans, Stannis was therefore a great altruist, misunderstood who would have made a remarkable king for the Seven Crowns and would probably have fared better without the intervention of Mélisandre. What do you think ? Also find out why the spin-off House of The Dragon will no doubt be grander than its predecessor, the series Game Of Thrones.