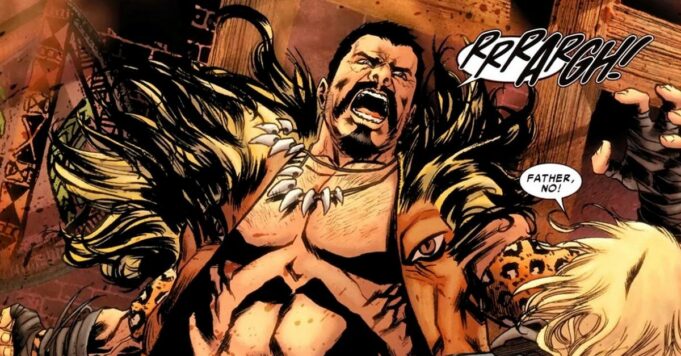 The Kraven the Hunter spin-off promises to welcome plenty of supervillains!

The project on Kraven is starting to take shape! After the casting of Aaron Taylor-Johnson in the title role, Sony Pictures is currently looking for Calypso. Indeed, according to The Illuminerdi, the studios would like to integrate this villain alongside the flagship enemy of Spider-Man. For this, the production would have approached Jodie Turner-Smith last seen in Without any remorse or in Queen & Slim. Enough to swell the ranks of the adaptation while the latter could also welcome the master of disguise, namely the Chameleon in the skin of the formidable enemy of Sergei Kravinoff.

For those unaware, in the original comics, Calypso Ezili is a ruthless voodoo priestess who gifted Kraven with her extraordinary abilities. These two characters subsequently became lovers, and Calypso often fueled the hunter’s hatred towards Spider-Man. Its introduction in the feature film would therefore logically serve theorigin story of Kraven in the film, while representing an unprecedented duet which is not unlike the one expected in Venom 2, formed by Carnage and Shriek. It remains to be seen, however, whether this information is true and whether Jodie Turner-Smith will accept this role. In any case for us, it is a big YES!