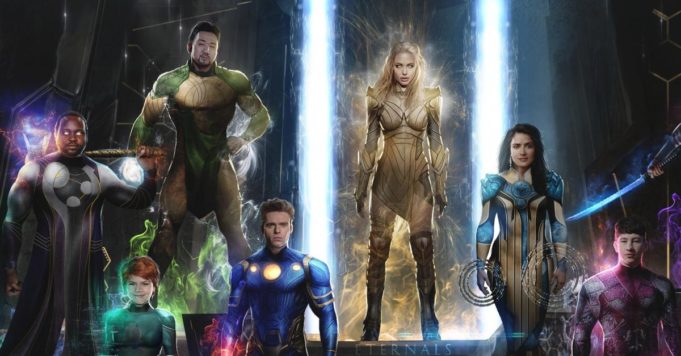 The MCU’s Phase 4 already has plenty of teams to pitch to the public, which is why studios should not follow in the Avengers’ footsteps with the Eternals.

Among the most anticipated films of the years 2021 and 2022, there is obviously The Eternals. In this project in which we will meet an ancient race of alien deities, it is highly likely that vigilantes Thena, Ajak, Ikaris, Kingo, Druig and Circe form a team. The problem is, following the same pattern adopted by the Avengers, fans may get bored. Worse yet, they may feel like they are entitled to a remake of these, and the comparison of the two teams may not benefit the Eternals.

If Marvel Studios wants to make a mark with Thena, Ajak, Ikaris, Kingo, Druig and Circe (among others), they should instead show that each member is in danger in the face of the new threat plaguing the MCU. Thanos’ replacement must be invulnerable; prove that this time around even the bad guys can win. It would be a first if Marvel were to quickly kill one or more of the Eternals, especially if fans have already had time to bond with them.. It would in any case be more profitable not to create a new team with this extraterrestrial race, Phase 4 of the MCU already featuring many teams: the remaining Avengers, the Guardians of the Galaxy, potentially the arrival of the Young Avengers, and so on. While waiting to learn more, we let you discover the surprising fate of Thena (Angelina Jolie) in the Eternals, teased by a new leak!