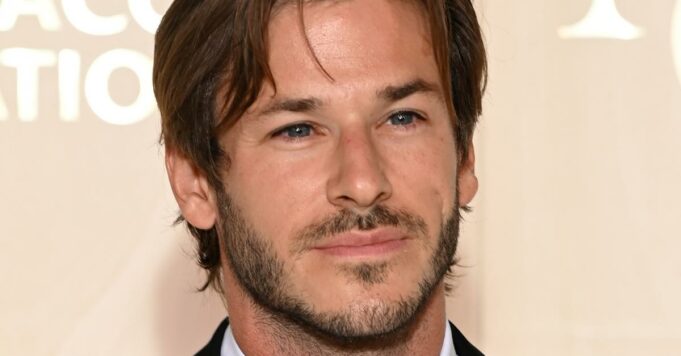 Everyone in the cinema, and well beyond, is still in shock a few days after the announcement of the death of Gaspard Ulliel on a ski slope in Savoie. The actor, twice Caesarized, who first made himself known under the direction of André Téchiné in The Lost then in A long engagement Sunday by Jean-Pierre Jeunet, also appeared in more surprising roles. 1- He played Hannibal Lecter. After Brian Cox and of course Anthony Hopkins, Gaspard Ulliel was chosen to play the frightening serial killer. In Hannibal Lecter: The Origins of Evil, the French actor, then only 23 years old, will put himself in the shoes of the adolescent Lecter before his murderous epic.

2 – This is Michael White who discovered it. One year before The Lost, in 2002, it was one of the most eminent members of the Splendid who noticed the 18-year-old actor and gave him a role in his film Kiss whoever you want. His performance also earned him his first César nomination in the best male hopeful category. 3 – He toured with Martin Scorsese. Unknown thing, but the American director is also that of one of the advertisements Bleu de Chanel. “I remember the day when Chanel announced to me that it would be Scorsese: an immense joy. And above all, it comforted me in the idea that there was a direct link that was woven with my activity as an actor. .” said Gaspard Ulliel at the time.

Gaspard Ulliel was the father of a 6 year old boy

4 – He was in a relationship with the model Gaëlle Pietri and father of a little boy who had just celebrated his 6th birthday. Together since 2013, the couple was also during this tragic stay in Savoie earlier this week. Gaspard Ulliel and Gaëlle Pietri gave birth to their little boy Orso in January 2016. 5 – He wanted to become an architect. Son of a designer father and a stylist mother, little Gaspard was immersed in the world of fashion. But although he started the cinema very early, the young boy was destined for another profession: “I imagined becoming an architect, without knowing exactly what this profession meant”, confided he in Marie Claire. “I had a taste for drawing and painting, my father always painted a lot. I loved art classes. At school, it was the discipline where I got the best grades”.