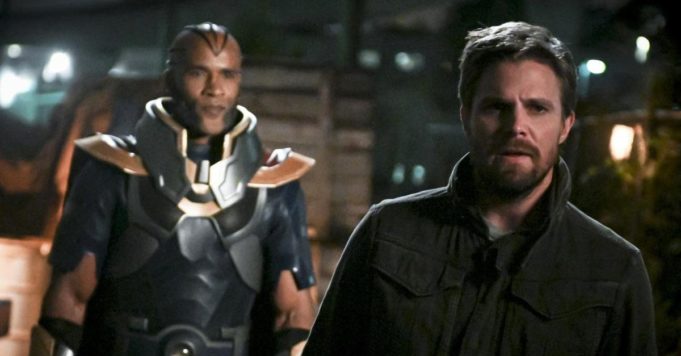 In “Crisis on Infinite Earths”, Oliver Queen is dead … Could this hero be mentioned again in the other shows of the Arrowverse?

A page turned last January. After eight seasons of following the adventures of the Green Arrow, the series has bowed out. Arrow concluded with the funeral of Oliver Queen and the reunion of all the key characters who have marked the series. Oliver sacrificed himself during the terrible “Crisis” during the Arrowverse crossover in order to save the multiverse. His death kept everyone close to him alive but had a real impact on the Arrowverse. Barry Allen was devastated by the death of his friend as Sara Lance. But then, is it possible, that even after his death and Arrow’s arrest, Will the name of Oliver Queen be mentioned again in one of the Arrowverse series next fall?

Arrow left a beautiful legacy behind it. Oliver Queen is a true hero and all his friends in the Arrowverse will remember him. Moreover, if the spin-off Green Arrow and the Canaries is born, it is quite possible that Oliver is mentioned. The Green Arrow could even appear in a flashback, at least that’s what we hope … On the side of The Flash or Legends of Tomorrow, Oliver’s name could be cited from Barry or Sara. Moreover, characters Arrow could land in other shows of the Arrowverse for one episode and thus bring back with them some memories that will make us nostalgic. While waiting to learn more, check out details on Stephen Amell’s new series, Heels.