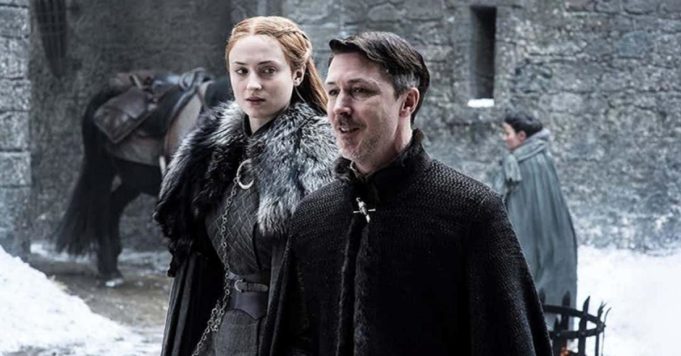 This theory demonstrates step by step how Littlefinger pretended to die in Game of Thrones.

More than a year and a half after the airing of the final season of Game Of Thrones, fans keep making up many theories. And if some are sometimes really crazy, others also conceal genius. This is the case with this hypothesis about Littlefinger’s death. Indeed, some Internet users are persuaded to have unearthed the proof that the very clever and tortuous Petyr Baelis faked his death in season 7 of the series ofHBO. We explain to you! In a Youtube video posted by a fan on the channel Neo’s Channel, we learn that the ugly character allegedly used his connection to the Faceless to escape Arya Stark’s blade.

Indeed, as pointed out by the user in question, episode 8 of season 4 tells us that Littlefinger who is from the northeast of Val d’Arryn has one of his great-grandfather who comes from Braavos. It is therefore quite possible that the latter revealed the existence of the Faceless to his son, who then passed it on to his son, etc. Especially since he admits at one point in the series to Sansa that he already knows about the existence of this strange secret society. The Youtubeur then returns to episode 4 of season 7, when Bran warns Petyr Baelis about his future fall and the dangers that await.

A conversation that could very well have disturbed the character, so much so that the latter then decided to find a way to cheat death. This is where the theory of the Faceless comes into play. And for good reason, in episode 5 of season 7, we see the latter conversing in a mysterious way with a young peasant girl. A young woman who, according to the youtubeur, would then slip into his ear: “Time is running out“before Petyr Baelis gives it what looks like a Braavos play. Just as much evidence that supports the hypothesis that this strange peasant woman would actually be a Faceless having taken on the appearance of Littlefinger during her stay in Winterfell in order to imitate her. It is therefore not the real Petyr Baelis who dies at the end of season 7 assassinated by Arya Stark. What do you think ? Don’t forget to vote for your favorite series at the 2020 Series World Cup.