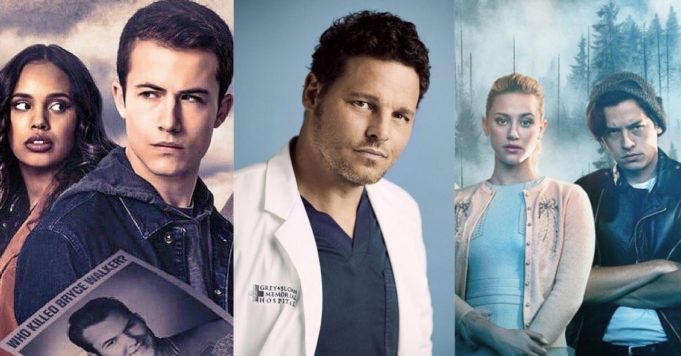 The year 2020 has not been good for everyone, the proof with these completely messed up series episodes.

It’s here to vote every day for your favorite series during the 2020 Series World Cup, and while we wait to know which one will win the trophy, today we come back to the series for which you may not be going. not vote because of some episodes. Even good shows have their bad days, and that was the case for these episodes in particular.

Hard to choose what was the most ridiculous in this episode which proves that Riverdale is still able to surpass himself. Betty who deactivates a bomb attached to his sister, Edgar Evernever in a circus costume, his “rocket” that looks like a merry-go-round or Archie who thinks he is a masked avenger? Certainly the ridiculous aspect of Riverdale is also what makes its charm but hey, there are limits …

In an already rather mediocre season, 13 Reasons Why – who made the very common mistake of not knowing how to stop in time – crossed the line with a particularly bad episode 4. While the idea of ​​taking the characters camping was pretty cool, the execution left something to be desired and it was a forced episode that fell flat that we had the right. More than the rest of the season, “Senior Camping Trip” once again proves that the series Netflix should have stopped before because she just had nothing more to say.

It’s always hard for a show to say goodbye to one of its main characters, and it is even harder when it happens unexpectedly. Justin Chambers, aka Alex Karev, has left Grey’s Anatomy in its 16th season overnight with a letter and a wobbly explanation regarding Izzie and his children. So it was with a few flashbacks and a voice-over that we had to say goodbye to him without even being able to see him again, rather blah for someone who had been in the series since the first season.

Season 7 of The 100 is a bit like the series: full of inconstancy. Between two rather cool episodes, we are therefore entitled to a few failures, as is the case for episode 9. Sanctum irrelevant intrigues with an Indra too naive for it to be coherent, always more flashbacks on Bardo with a “betrayal” of Echo that we see coming for miles … In short, an episode to forget which breaks the rhythm of the ultimate season.

Do we really have to clarify why this episode was not only the worst of La Casa de Papel, but also one of the worst of the 2019-2020 television season? After torturing Nairobi in every way possible and making us believe that she was finally (almost) out of danger, the writers kill her while her group is by her side and they only face one. enemy. It’s a big no.