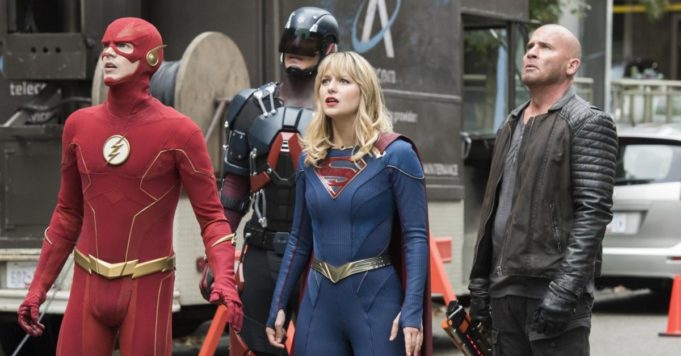 The “Crisis on Infinite Earths” crossover was spectacular and had some nice surprises. Moreover, the showrunner would like to integrate Wonder Woman, Aquaman and Cyborg in the Arrowverse.

“Crisis on Infinite Earths” dazzled. Many superheroes from the DC TV universe came together in these five amazing games. Additionally, The CW shocked DC Comics fans by managing to have Justice League star Ezra Miller as its version of The Flash facing the star of the television series The Flash, Grant Gustin. After this cameo, the showrunner of The Flash, Eric Wallace, decided he didn’t want to stop there. He said to Discussing Movie that he would like to see more stars of the DC Comics movies appear as their iconic characters in crossovers with the Arrowverse.

Getting Ezra Miller out of the movie The Flash in “Crisis on Infinite Earths”, only made Eric Wallace consider new possibilities in the future. He revealed: “As we got The Flash from the movie in the Arrowverse, that could open the door for other characters. So I don’t know what’s going to happen in 2021 and 2022, things have obviously slowed down because of the Covid. and because of the end of production. But I would definitely love to see the Arrowverse bring in the Amazons and the Wonder Woman universe, or Aquaman and his universe. I’d love to see Cyborg. All of these things are welcome now. thanks to this event, this crazy idea. “. Will the DC Cinematic Universe land in the Arrowverse? Fans dream of it and it remains a possibility … Cisco has already mentioned Aquaman in season 6 of The Flash.