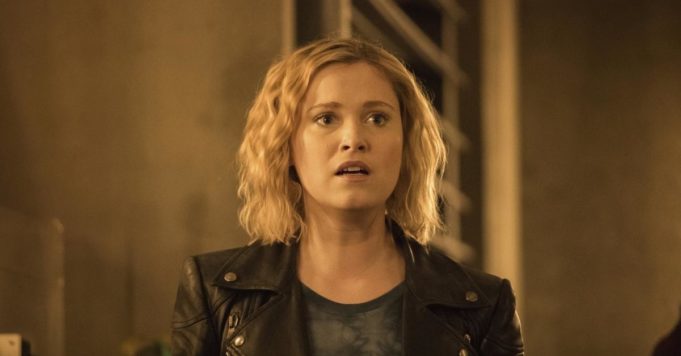 While waiting for the end of season 7 of The 100, return to a new plot that probably has no place in the final season.

First of all, beware of spoilers if you haven’t seen episode 14 of season 7 of The 100. The signed series CW ends in a few episodes and one would have thought it was going to lead to a simplification of the plots, or at least more answers than questions. Far from it, we find ourselves with more and more mysteries and a new plot that, in our opinion, really has no place 3 episodes from the end: the story between Jordan and Hope. It is in episode 14 that the 2 survivors got closer, and we really wonder what is the usefulness of this story.

Why lay the groundwork for a new couple when the series is about to end? Hope and Jordan are both interesting characters, and the writers could have largely found something to keep them occupied during the few remaining episodes in Season 7 of The 100 without necessarily pushing them into each other’s arms. Besides, we can imagine the screen time used for something other than a beginning of romance, especially with questions that still need answers before the very last episode of the series airs. Unfortunately as has often been the case in The 100, everything is scattered.

Episode 14 is proof of this, with returns to the past via the bunker, memories that resurface, an attack, an evil collaboration, revelations between Echo and Niylah, the disappearance of Madi … There is a lot going on but few of them are fluid, so you have the impression of witnessing a series of scenes without too much relation to each other. Rather than a rapprochement between Jordan and Hope, it would therefore have been better to dwell on certain key scenes. While waiting to know if this is what the series will do in the sequel, you can still vote for it every day just here on the occasion of the 2020 Series World Cup on melty.