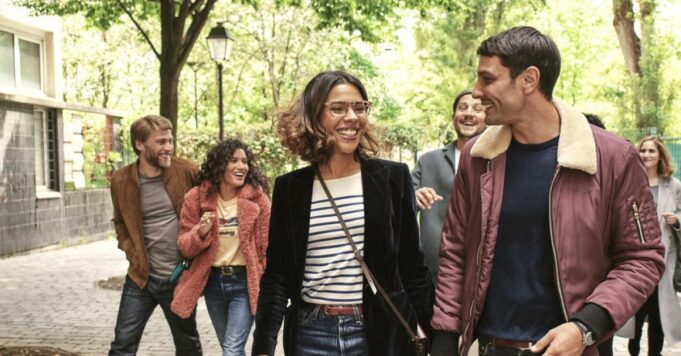 More than a year after the broadcast of season 2, Plan Coeur is offering itself a final season in early 2022 to celebrate the new year.

Many series shootings have been completed, including season 2 of Outer Banks. But this time it’s on the side of Heart plan that we have news and it is good! The final season of the French series with Zita Hanrot, Sabrina Ouazani and Joséphine Draï finally has a release date and we are delighted to hear it. You will be able to follow the adventures of the three girlfriends one last time from January 1, 2022 on Netflix, or how to start the year right. The platform also shared a trailer and we can already tell you that everything is not going to be so simple in this third and final season.

The 3rd and final season of “Plan Coeur” will be released on January 1 on Netflix. ???? pic.twitter.com/Q3DWTrV3aF

The friendship between Charlotte, Elsa and Émilie is put to the test. Remember during the special containment episode, we discover that Charlotte is in a relationship with Maxime, Elsa’s ex who broke her heart and from whom she took a lot (really a lot) of time to recover. A situation that does not work at all with Elsa and, once again, Emilie finds herself in the middle of trying to reconcile her two best friends. Elsa and Jules for their part are trying to have a child, which does not turn out to be as easy as they thought … Successes, sorrows and love is what this final season of Heart plan.

A new face has integrated the cast of this third season and it is none other than the actress Arielle Dombasle. It will be available from January 1, 2022 in Heart plan on Netflix. If you like other French series then this character quiz is for you!