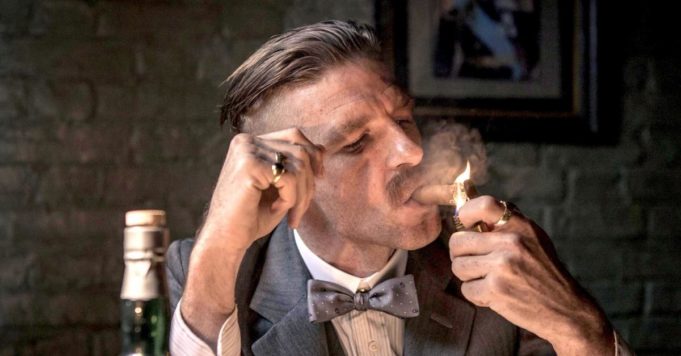 Could the most explosive member of the Shelby clan lose his life in Season 6 of Peaky Blinders?

It is finally only at the end of 2021, see the beginning of 2022, that we will be able to reunite with the Shelby clan in season 6 of Peaky blinders, and finally find out what really happened in the last episode of the previous season. A wait that will no doubt seem very long to fans of the series. Especially since the director of Peaky blinders, Anthony Byrne, doesn’t really help calm their curiosity. The latter not only teased a surprising and exciting start to the season, but also implied that the series could once again take a tragic turn. Obviously, with such statements, we can not help but think that a member of the Blinders clan could die this season. What if it was Arthur Shelby (Paul Anderson)?

Arthur Shelby is the free electron of the gang, and by far the most volatile member of the Peaky Blinders. In addition to a full-bodied and fiery character, he is also a traumatized man and victim of addiction. He can be gentle and loving, just as he can be very violent and unpredictable. A personality who more than once got him into trouble. For example, the mother of the kid he killed during a boxing match ended up turning on him and the Shelbys. Linda, his ex-wife, squarely crossed a line and tried to kill him. Of all the important figures of the Blinders clan, Arthur is arguably, along with Tommy, the one most likely to die.

Between his many bad decisions, his corrosive character and his weakened sanity, he could run to his doom. We must not forget either that he has a key role in the Peaky Blinders, and that Tommy’s enemies could also attack his brother to better affect him. After all, what better way than to attack a man’s family directly to better weaken and hurt him or even get him into a rage? In season 4, the show’s writers also didn’t hesitate to kill John Shelby, which broke the hearts of many viewers.

Arthur’s fake death didn’t spare fans tension either. If they want to mark the occasion and play the tragic and dramatic card to the end, killing Arthur would be a good idea. Nevertheless, his character still takes up a lot of space. It is hard to imagine the writers choosing to wipe it off the map just to cause any stir among the spectators. But then, will Arthur Shelby still be safe at the end of season 6 of Peaky blinders ? Answer, at the earliest, in 2021.