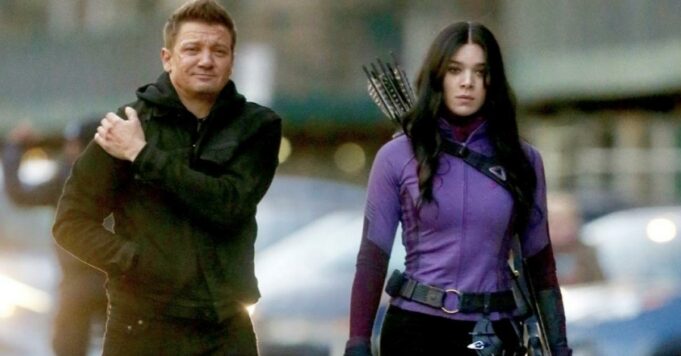 Hawkeye arrives on November 24 on Disney +, the opportunity for Marvel to reveal us a little more about the series.

Hawkeye is the next MCU series to be released on Disney +, we gave you a little rundown on everything there is to know before it arrives! Despite this, there are still some elements that we are waiting to discover including the villains who will come to disrupt the end of the year celebrations of Clint Barton and his family. Precisely, in a new teaser Marvel reveals more about the enemies of Hawkeye in this next production … In these last images we discover a little more Kazimierz Kazimierczak otherwise called: the Clown, interpreted by Fra Fee. He is alongside Maya Lopez (Echo), played by Alqua Cox.

We did not expect it but Kazimierczak and Lopez will therefore be allies in the series against Clint Barton and Kate Bishop. It will be interesting to discover over the episodes for whom these two new characters work. Note when in the comics, they are each linked to Wilson Fisk. It’s worth remembering that rumors about Vincent D’Onofrio’s return to the MCU as Fisk for Hawkeye have been around for several months now … So is Fisk going to pull all the strings?

To learn more about the motivations of the Clown and Echo, see you on November 24 on Disney +. In addition, in the comics Echo turns to the “good guys”, will we therefore be entitled to a conflict between the two characters in Hawkeye? What to make you want to see more also on these two new characters still enigmatic in the MCU …