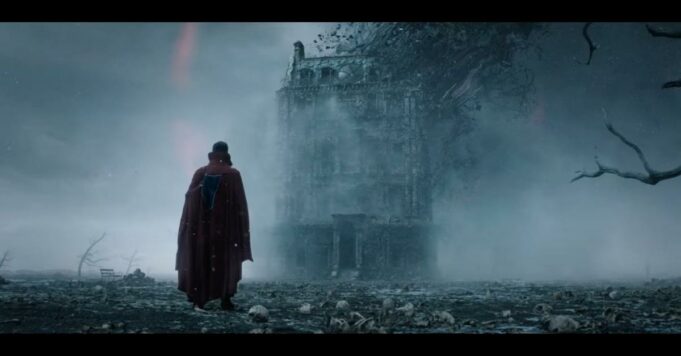 The second trailer of Doctor Strange in the Multiverse of Madness arrived last night to the delight of fans. As soon as the first images were released, fans began to unveil their best theories about what was to happen in the movie. So we’re giving you a little summary of what you absolutely should not miss in this trailer (and there are a lot of elements). From Professor X to Maria Rambeau via Iron Man, take the time to analyze and decipher these two minutes of trailer. One thing is certain, a film has never been so named.

His arrival is long overdue within the Marvel Cinematic Universe. While the Illuminati are supposed to be of great help to Doctor Strange, Professor X would make a (very stealthy) appearance in the trailer. Like Wilson Fisk in Hawkeye, we hear the voice of Patrick Stewart, the character’s emblematic interpreter. So are you excited to find Professor X in a new Marvel? It will be necessary to wait for May 4 to have a real visual of this superhero so mysterious.

The second theory is based on Maria Rambeau (Lashana Lynch). Monica’s mother, who died in the MCU, would still be alive and well in another universe. In this alternate universe she would also be Captain Marvel, like Carol Danvers for us. As we see in the trailer, she takes on Wanda Maximoff. A new big help for Stephen Strange? However, some fans see a completely different character in these images and that is Superior Iron Man. So rather Iron Man or Maria Rambeau? Remember that nothing is impossible at Marvel.

yeah…maria rambeau is our variant captain marvel for sure pic.twitter.com/EaYHUTRWmv

Several shots of the trailer confirm the arrival of the Illuminati. Doctor Strange is in their HQ just before meeting Charles Xavier, we see very furtively Mr Fantastic in particular. As a reminder, the Illuminati appeared for the first time in comics in July 2005 and are composed of six members: Iron Man, Mr Fantastic, Doctor Strange, Black Bolt, Professor X and Namor. So the various rumors that are born, it may therefore be that this secret organization will finally take its first steps in the MCU next May.

For the fans who watched What If…? you are already familiar with the concept of zombies at Marvel. While the trailer was unveiled, a TV spot also appeared last night. We discover zombified versions of Strange and Wanda. A form of madness for the two characters who will have to fight against themselves in this feature film. With these new elements, we are close to the horror film and enter a universe of the MCU that we do not know yet.

The official poster full of surprises

A poster was also unveiled and, as usual, Marvel did not do things by halves. In this poster we discover in particular the shield of Captain Carter that we met in What If…? also. Another shield is also present on the poster, is it here to represent Miss America or does it signal the arrival of a variant of Captain America? Although the first option seems more plausible, the second is not so easily dismissed. We ain’t seen nothing yet of what’s in store for us Doctor Strange in the Multiverse of Madness. Marvel Studios is once again playing with our brains. See you on May 4 to discover this first feature film of 2022 signed Marvel Studios.