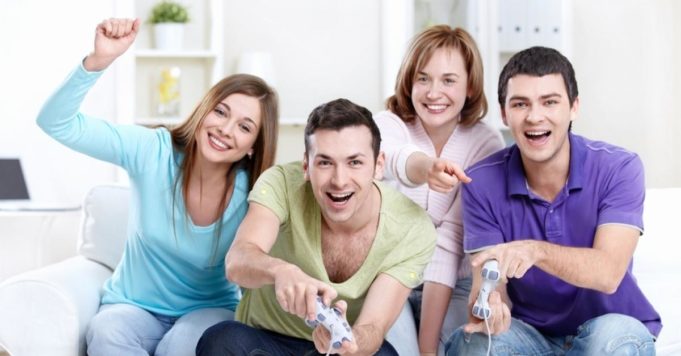 In order to cut short all the clichés related to the typical profile of the player (which some still associate with the spotty kid with glasses under 21), it is sometimes good to ask yourself about the statistics and the various studies carried out in this regard. Because the typical player is not necessarily the one we think.

As a player, you must have already found yourself in a conversation with friends who give you the eternal: “But anyway, video games are just for the spotty guys with glasses, the unsociable a little geek who stay at home all day long”. If you are necessarily aware that it is false, you did not have any concrete arguments to make to prove to what extent such a statement makes no sense.. The video game audience has evolved incredibly over the past few years, to the point where the typical player of 2020 looks nothing like the 90s for example. And to shine in society and cut short all clichés, what better than recent statistics to come out at your next heated discussion of the genre? The Entertainment Software Association was able to conduct a large (American) study on the question this year, which gives a lot of answers as to the typical profile of the current player.

Let’s talk about age first: the largest portion of players are between 18 and 34 years old (38%). Only 21% of players are under 18, and 26% of players are between 35 and 54. What is more astonishing is that 6% of players are over 65, which is a larger share than one might imagine.. Let us now consider the largest segment of players: 18/34 year olds. Among boys, 75% of them play video games on a console, and 80% play FPS (adventure games come second with 65%). Among women of the same age, 77% play video games on their smartphone, and 46% are mainly on casual games (of the Candy-Crush type). In other words, a lot of women are gamers, without necessarily being aware of being. The funny thing is that seniors play a lot, but don’t play the same type of games at all: whether it is men or women over 65, they mainly play on their PC (over 60% of them), and most of the time it is for playing card games (58% for men, 76% for women. In other words, a gamer is not necessarily a big competitor, on the contrary!

Then comes the most important question: why? Why are we playing? And there, the social aspect becomes completely predominant whatever the age. We therefore discover that 30% of players claim to have met a very good friend or even their spouse thanks to video games.. After all, 65% of gamers enjoy playing with other gamers. It is therefore not surprising to discover such a figure. Besides the social aspect, 80% of gamers say that video games offer them mental stimulation, while 79% think that games provide them with a way to release their stress.. Regarding the most popular game genres, they are as follows: 71% of gamers say they play casual games, 53% play action games, and 48% say FPS games. What we understand with this statistic is mainly the fact that the vast majority of players are casual gamers, who play to pass the time (moreover, 30% play games while waiting for a date. for example). The idea that the typical player would necessarily be this beast hidden in his cellar with all the consoles and his PC on is therefore completely obsolete, and only represents a vast minority of players in total.