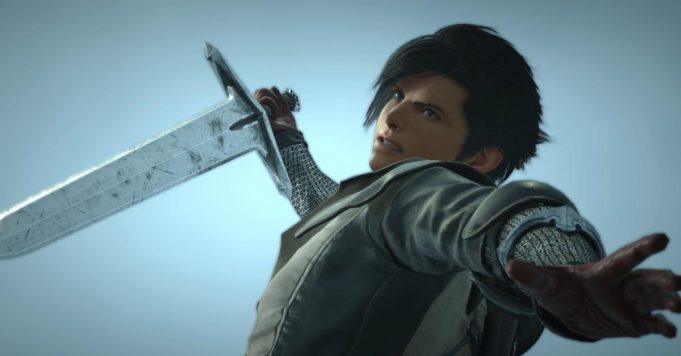 We come back to all the information that marked the JV news of the week, and there was heavy, between Sony’s PS5 presentation and the last Nintendo Partner Showcase.

A first teaser for the next God of War

A teaser that stirred the industry

It was the announcement that impressed the most during Sony’s last presentation: a new God of War game is in the works, and it will be available in 2021! If the announcement does not surprise that much, the fact that the game is so advanced in development is on the other hand more unexpected. This is great news, as it will undoubtedly be one of the first console-sellers for the PS5. For now, we do not know more, but considering that the game will be available in a year, then we should discover more very soon.

A new canonical game of the license announced

It is with this trailer that Sony began its last PS5 presentation, during which we could discover the price and the release date of the console. Admittedly, few people expected it, preferring the eventuality of hearing about Final Fantasy VII Remake, but a new canonical opus of the Final Fantasy license has just been announced: it is Final Fantasy XVI ! And thanks to this long trailer of 4 minutes, we can discover more about the narration, the gameplay of the fights, and the atmosphere, which seems to sign a return to medieval.

Hogwarts Legacy is finally entitled to its first trailer!

A game that created a real craze

Another trailer kept everyone in suspense during this PS5 presentation: the one for Hogwarts Legacy, the next game of Avalanche and Warner in the Harry Potter universe. According to initial information, this game should be set 200 years earlier than the events of the Harry Potter saga. Based on the images from the trailer, we should be dealing with some kind of RPG / action. One thing is certain: Hogwarts Legacy has intrigued everyone, and we can’t wait to find out more.

A gameplay demo that makes you want

The long-awaited remake of Demon’s Souls was treated to a long gameplay demo, which also reveals much brighter atmospheres than what we are used to seeing in Souls games. We discover a completely revamped gameplay for this remake (it looks simpler than Demon’s Souls or is it just us?), Clearly improved graphics. One thing is certain, the game looks magnificent, and we are eagerly awaiting its release!

If the Sony event has mostly been talked about this week, Nintendo also had its moment of glory over the last 7 days by launching a new Nintendo Partner Showcase conference, during which we were especially able to discover a new Monster Hunter game for the Switch. This is Monster Hunter Rise, and from what we have seen during this presentation, the gameplay seems really changed compared to the canonical Monster Hunter games, more inspired by that of Monster Hunter World.. There will also be no more zones on the maps, they will indeed be kinds of small open worlds like what we have in World. In addition, Capcom was able to announce Monster Hunter Stories 2, which should delight a large number of RPG fans.