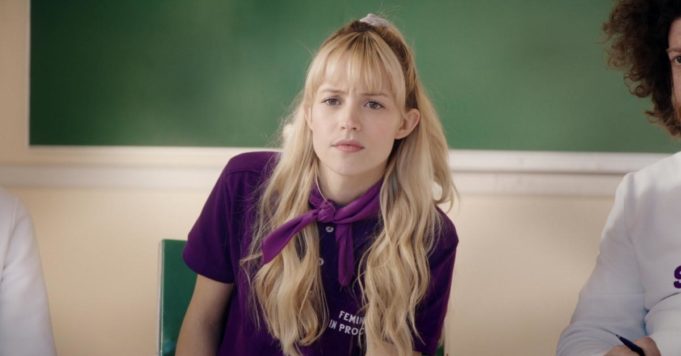 With the success of the reissue of her album, Angèle continues to be a hit!

It never ceases to rub shoulders with the summits! Recently, we revealed our opinion on the reissue of “Brol”, Angèle’s first album, released on November 8. The Belgian singer has shared no less than seven unreleased tracks, including a duet with Kiddy Smile and a new orchestral version of “Your Queen” to the delight of his fans. It must be said that its audience is more and more numerous, and it shows. To the NRJ Music Awards 2019, Angela left with two trophies, that of the French-speaking female artist of the year and that of the French song of the year with “To forget everything”, in duet with his brother Roméo Elvis. Suddenly, it is not surprising to learn today that the young woman adds an additional date to the AccorHotels Arena in Paris!

Yes! While Angela was already scheduled to perform in the legendary hall of the AccorHotels Arena in Paris (formerly Bercy, for friends) on February 18 and 19, we will also find her on the same stage on February 20, 2020! Three evenings in a row for the rising Belgian star, and the third concert should soon be sold out like the two previous dates. Precisely, tickets for this new show are already on sale on the official website of the concert hall. While waiting to find Angèle in the French capital at the beginning of next year, we have the info on the next song by Billie Eilish, “Everything I Wanted”.