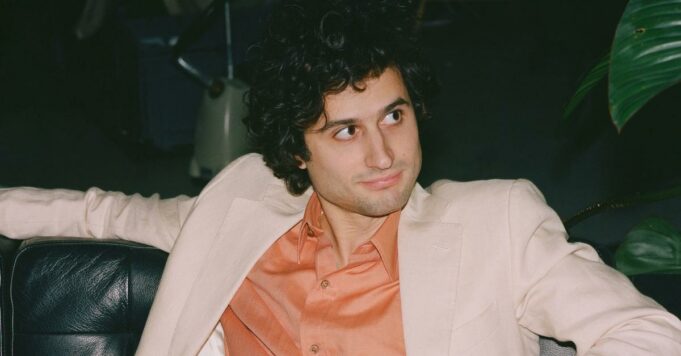 Adrien Gallo confided in the editor of melty on his new album, his collaboration with Vanessa Paradis, his group BB Brunes …

Adrien Gallo became known with the group BB Brunes, formed with his two childhood friends when they were only 11 years old. The trio quickly hit the mark, especially with their hit “Tell me” that we all loved listening to. Beside that, Adrien Gallo also embarked on a solo career with a debut album titled Gemini, released in November 2014. Today, young dad of twins, the singer is back solo again with a second opus Where the willows don’t cry, available today. An album of very melodious French songs where we find Vanessa Paradis on not one, but two titles. For the editor of melty, Adrien gallo tells us everything about this project, her collaboration with Vanessa Paradis, the BB Brunes, her musical evolution … You can discover it right here!

melty: Hi Adrien! You are about to release a new solo album called “Where the Willows Don’t Weep”. Why did you choose this title?

Adrien Gallo: The title of the song opens the album. It tells a bit of a sort of Eden that’s a bit of a fantasy, this idea of ​​a place where everything would be fine, where there is never a problem. And I liked this idea, I still think it’s possible to find it. It’s a kind of song that is hopeful and I thought it was pretty for an album!

melty: What is this project about?

Adrien Gallo: There are several things. There is the affiliation because I am a young dad, I had twins and it was kind of a total upheaval in my life. Moreover, it is them that we hear at the very beginning in the title “Where the willows don’t cry”. There is also my father who is very present in this album, which I lost ten years ago. It was a bit of a way for me to make the connection between him and them. In the influences, there are many singers that he listened to I think of Barbara, Georges Brassens whom he had interviewed in addition, Michel Berger, Véronique Sanson but also people like Anne Sylvestre, Georges Moustaki … Lots of old songs French, very traditional. And then it also tells about my life, very personal things like my breakup with a person with whom I have stayed for a long time. The idea is all the same that it is universal, things that we all experience and that my music is a kind of refuge in which people can find themselves.

melty: We first knew you in a very rock style with BB Brunes, for this album you opted for a slightly more retro style. Why this choice ?

Adrien Gallo: I wanted to make an album of really classic French songs. I wanted in the arrangements to do something very hot in the sounds. Not to use too much synthesizer, electronic music is only instruments played by musicians. There are a lot of violins and strings for which I wrote the arrangements myself. It was my first time doing this, it was really awesome! But here I am thinking of more rock and more dancing songs for the next album. I am always very open to influences, I don’t like to repeat myself.

melty: On this album, we find you in a duet on two tracks with Vanessa Paradis. How did the collaboration go?

Adrien Gallo: It happened a bit naturally. I have been writing for her for several years. And in fact, “The bells of May” is a song that I suggested to her but that she didn’t put on her album. I found her really beautiful so I decided to take her out. I told her, I offered to come and sing it, she loved the arrangements. She really brought to the title just with her voice and her performance. It was impressive to shoot a clip with her even though she is very comfortable. She is very kind and warm, we laughed a lot. She supports me a lot, when she says that she likes one of my songs, it really motivates me a lot.

melty: There are also other female voices on your album. Why did you choose this accompaniment on your songs?

Adrien Gallo: It happened quite naturally each time. There is my sister who sings. It occupies an important place in my life. We sang together when we were little, she must have been the drummer in my first group … So it seemed quite natural for me to come and sing with me. Then there is a friend called Julia Johansen who plays in a group called Oracle Sisters. She is not French, she is Finnish so in the diction there is something that interested me. And there’s Naomi Greene playing the harp and kind of by chance she was asked to try singing and I thought that was great. I sing very deep in the album so it was cool to have vocals that bring a little sunshine, to counterbalance and bring balance.

melty: Fifteen years after your debut with BB Brunes, what do you look at your musical evolution?

Adrien Gallo: I’m happy because I haven’t exploited the same vein, the same way of making music. Each time, I tried to get out of my comfort zone a bit, to push myself. I feel free and I am happy to have followed this desire to explore a little. I think that will be the watchword of my whole career.

melty: What can we wish you for the future?

Adrien Gallo: I hope that this album will speak to people, bring them a little tenderness in these not very easy moments, that it brings them a little serenity and well-being. And then to continue doing what I love the most in the world, music. We’re going to have a little release party where I’m going to play a few songs and then we’re going to start a little tour for the album in February-March to end with a Parisian date in April. So come many!