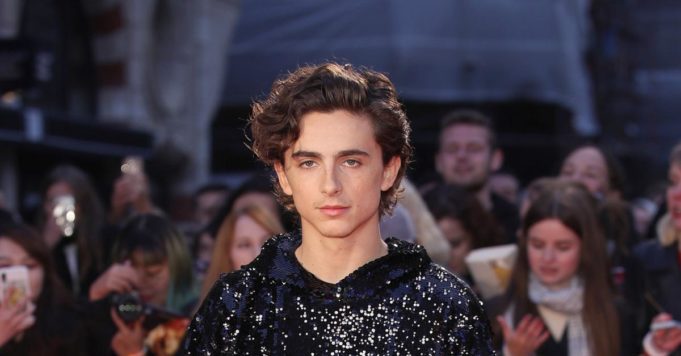 Alert! Timothée Chalamet is again in a relationship with a famous actress and this photo is the proof.

Contrary to this unexpected detail which sowed doubt and suggested that Timothée Chalamet was seduced by a man after his breakup with Lily-Rose Depp, the 24-year-old actor does indeed love women. While his love life has intrigued the entire web since his separation from the daughter of Johnny Depp, it seems that the beautiful brunette has again found a smile in the arms of a famous actress. Eh yes, Timothy is no longer a heart to take since he was seen in the company of Eiza Gonzalez, a 30-year-old Mexican actress best known for her appearance in Baby Driver or Bloodshot.

By looking at these pictures shared by TMZ, it is clear that the two actors form a couple. Together in Cabo San Lucas in the country of origin of Eiza with some friends, the new lovebirds couldn’t help but be affectionate towards each other, the proof with this kiss that leaves no room for doubt as to the nature of their relationship. Always according to information from TMZ, Timothée would have even pushed romanticism a little further by playing a piece on the guitar for his new darling. A happiness that is a pleasure to see! While waiting to know whether or not to formalize their romance, here is why the relationship between Timothée Chalamet and Lily-Rose Depp was doomed to failure.