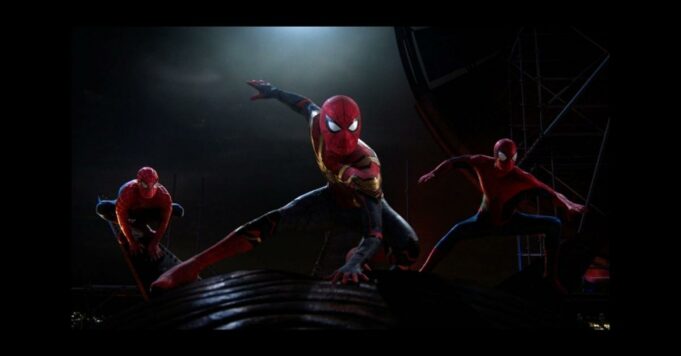 It’s no longer a secret: Spider-Man No way home is the Marvel movie that smashes all records! Exceeding even Avengers: Endgame, the new adventures of spider-man also seem “inevitable”! The hero himself enjoys unconditional fan support. The success of this new opus is also undoubtedly due to the diversity of the other characters. Spider-Man No way home is stuffed with cameos until the last minute. In a recent interview, Charlie Cox, who plays Daredevil, explains how he and Andrew Garfield hid their involvement throughout filming.

Even before the release of Spider-Man No way home, the assumptions were numerous. The meeting of various Spider-Men was of course the high point of this opening of the Multiverse to the cinema. The reunion of Tom Holland, Tobey Maguire and Andrew Garlfield, however, was not the only thing to delight fans. The introduction of a character from the Marvel-Netflix universe has filled more than one! Matt Murdock/Daredevil is introduced as Peter Parker’s attorney. To maintain the element of surprise until the last minute, Charlie Cox admits that it will have required permanent attention. He knew how to make himself invisible to the eyes of the paparazzi.

Spider-Man and Daredevil have lunch together in secret!

During the filming of Spider-Man No way home, Charlie Cox and Andrew Garfield meet to eat together. As they sit face to face, the two actors suddenly realize what this can mean. If they are seen together, their appearance in the film will no longer be in doubt. Information will spread in the blink of an eye, somewhat spoiling the surprise. Charlie Cox then explains that they had no choice but to finish their meal, this time side by side and facing the wall! No respite for superheroes! And even if it is a great responsibility for the actors, we count on the next Marvel films to continue to use the great power to surprise us!