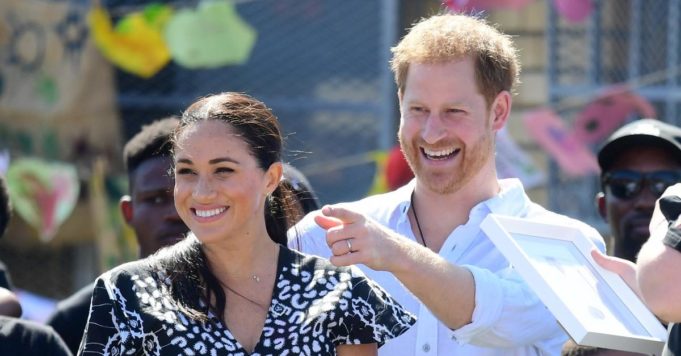 Was Prince Harry poorly educated by the royal family before meeting Meghan Markle? This is what he implies in his last interview where he talks about racism.

In recent years, Meghan Markle has often been harassed and discriminated against in the media. Racial prejudices which, however, allowed Prince Harry to become aware of his own privilege. During a conversation filmed with activist Patrick Hutchinson for the magazine GQ, Prince William’s little brother explained that he was totally unaware of the existence of racial biases before meeting his wife because his family did not make him aware of racism while growing up. A slight sting to his loved ones that did not go unnoticed. Archie’s dad thus questioned his upbringing within the Windsor clan, insinuating that it was far from perfect: “From what I understood and with the education I had, I had no idea that unconscious biases existed. Sad as it may sound, it took me many, many years to realize it. , especially now that I’ve been able to live a day or a week in my wife’s skin. ”

From now on, prince harry has opened his eyes and intends to be an ally in the fight against racism: “You can’t really point the finger at someone, especially when it comes to unconscious bias. But once you realize it exists or feel a little uncomfortable, you need to educate yourself because ignorance is no longer an excuse. Like I said before, it’s not blacks versus whites. It’s a global movement and there is so much we can do. Being a dad myself, my goal in life is to leave a better world than the one I found when I arrived. When are we finally going to move forward and achieve more equity? Because it’s not a zero sum game. Everyone wins if the black community is treated the way it should be. “ An important message. Prince Harry who was too narcissistic and disturbed for his ex Cressida Bonas, has obviously evolved well and it’s nice to see.