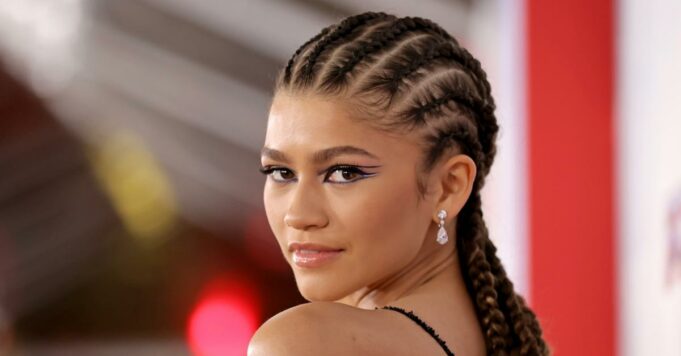 You’ve probably heard of the movie that revealed handsome Timothée Chalamet: Call Me by Your Name. Released in 2017, the film made a lot of noise and its director, Luca Guadagnino, offered himself a place of choice among international auteur cinema. He has just finished filming his film Bones & All and he would have in mind to make a biopic on the life of Audrey Hepburn. And the Italian director does not stop there! He is in preparation for a drama called Challengers, whose main actress will be played by the superb Zendaya. Definitely, the pretty brunette is everywhere!

Challengers follows the story of Tashi, a happy tennis player turned coach who pushes her husband Art to excel until he becomes world champion. The film also benefits from the support of Amy Pascal, the producer of Spiderman: No Way Home. That promises! Especially now that we know that the main role will be played by Zendaya. According to a brief from the American site duck, the young woman would have signed for the modest sum of 13 million euros. The star of Euphoria chain the huge projects, since we could see her recently in Dunes as well as the last Spiderman. A flamboyant career for the young woman!

Zendaya will be alongside an actor from The Crown

Zendaya won’t be the only star on the bill of this drama about the world of tennis. Indeed, it was announced that two other actors were in the final stages of contract negotiations. It would be Mike Faist, known for his role in the West Side Story by Steven Spielberg and Josh O’Connor, who was particularly noticed for his role in the hit series The Crown. The young man played Prince Charles, and his performance won him an Emmy Award in 2020. Josh would therefore share the poster of Challengers to sides of zendaya, to the delight of their fans. We can’t wait to hear more about the project!