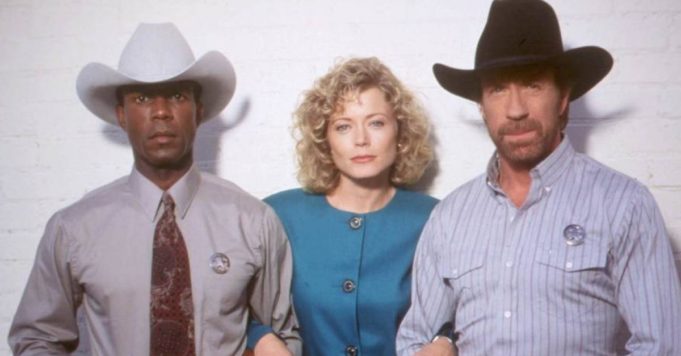 Supernatural star Jared Padalecki has revealed that Chuck Norris has given his blessing for Walker’s reboot, Texas Ranger!

Starring Chuck Norris, the original Walker, Texas Ranger was a huge hit and ran on CBS for eight seasons. Created in 1993, the action crime series directed by Chuck Norris himself has been known for his recurring display of martial arts and moralistic aptitude. Last year, The CW announced that it would give Walker, Texas Ranger a second life. A reboot of the cult series will therefore see the light of day, called Walker and it is the star of Supernatural, Jared Padalecki who has landed the role of the main character. Besides, the new hero made some confidences by revealing that Chuck Norris had given his blessing for this reboot.

Stepping away from the original storylines, Walker will follow Cordell (Jared Padalecki), a widower with two children who moves to Austin after being undercover for two years. He will be haunted by the suspicious circumstances of his wife’s death and will be joined by a new partner, Micki. On the podcast Inside of you by Michael Rosenbaum, Jared Padalecki revealed that Chuck Norris bestowed his blessing on the reboot of Walker, Texas Ranger. “We had to get his blessing to create a new version of it”, revealed the star of supernatural after admitting he had never spoken directly to Chuck Norris. The original actor still owns the rights to the concept and his permission was required. This new version of Walker promises a bit of freshness and twists!