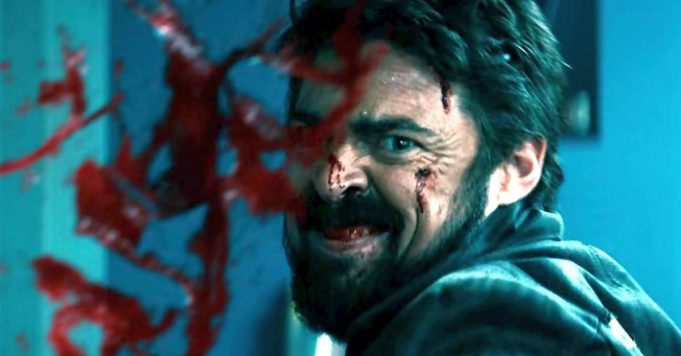 If the showrunner sticks to the comics, SPOILER will not last long in season 2!

Attention, big spoilers in sight! Stormfront is the intriguing new character of season 2 of The Boys, Amazon Prime’s craziest series that captivates superhero fans. A deeply racist female protagonist who doesn’t have her tongue out of her pocket and isn’t afraid of the consequences of her actions. So much so that she even manages over the course of the episodes to sow discord among the Seven, destabilizing the power of the tyrannical Homelander in the process. A truly terrifying supervillain who has not finished revealing her true (and ugly) face. You just have to see the foul discovery made by Hughie, Cream and Starlight regarding his previous Liberty identity. And if for the moment, the motivations of the latter are not yet completely clear, its worrying presence within the Seven could well do enormous damage.

Unless the young woman knows the same tragic fate as her paper character. And for good reason, in the comics, Stormfront, who is a male character created by the Nazis, dies suddenly. The latter who is also the leader of the Payback turns against his own team as they are on a mission to eliminate the boys. After killing his family, the latter wounds Hughie before being neutralized and then brutally murdered by Billy Butcher, the Frenchman and the Cream helped by a former Russian superhero called Love Sausage. If the showrunner of The Boys changed a lot of things in the storyline of Stormfront, is it possible that he ends up giving her the same fate? It is a possibility not to be ruled out! It would indeed be enjoyable to add an unexpected twist where Homelander, tired of having to fight against his rival, comes to lend a hand to the boys (thus replacing Love Sausage). UnlessEric Kripke does not decide to keep Stormfront until season 3. To find out, we will have to wait a few more episodes. In the meantime, don’t forget to vote for your favorite series at the 2020 Series World Cup.