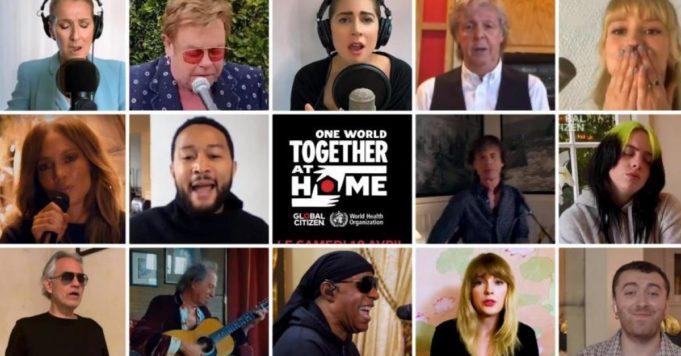 It was the charity event of the weekend: One World, Together at home! We have selected all the best moments …

Things have happened in recent days on the music planet: Billie Eilish and Rosalia confirm their collaboration, the PNL tour postponed, the One Direction reunited for their 10 years … And that is clearly not all, since the great One World concert, Together at home organized by Lady Gaga took place and more than 70 artists took turns to thank the caregivers and all those mobilized during the quarantine. We have put together the best performances of this evening and we can tell you: There have been! Whether it’s Elton John, the duo Sam Smith / John Legend or the participation of Christine and The Queens and Angèle … And even if Lady Gaga announced at the start of the evening: “This evening is not a fundraiser, so put away your wallets. The artists are here to thank you!” the event would have raised more than $ 127 million according to the organizers and Global Citizen. A total success!

We start off in style with Angèle! As she rightly said: “We are one world and together, we can win this fight!” And so it’s with a nice version of “Balance your what” that she represented the Francophonie during this evening. Thank you !

Billie Eilish and her brother Finneas also participated in Lady Gaga’s initiative. They gave us a very nice duo on “Sunny” by Bobby Hebb and taken over – among others – by Marvin Gaye! A classic…

This performance was the conclusion of the event and we understand why: Céline Dion, Lady Gaga, Andrea Bocelli and John Legend grant their voices on the notes of the virtuoso Lang Lang. This interpretation of “The Prayer”, will initially be remembered …

Back at his parents’ place, Charlie Puth sang in his bedroom “Warning” for internet users around the world. His voice and his piano, quite simply!

Christine and The Queens

In the midst of all the greatest artists, Christine and The Queens made a remarkable performance! For One World, Together at home, she interpreted her now cult from Paris “People I’ve Been Sad”. We let you enjoy!

Fans will appreciate! The English Ellie Goulding also shared two songs for this charity evening: “Burn” and “Love me like you do”. It is the latter that we share with you.

It was one of the most anticipated performances: Sir Elton John! Icon resumed “I’m still standing”, one of his biggest hits which had, at the time, signed his big return on the musical scene. It was in 1983!

Jenny from the block was also there with a fair and moving performance by “People” originally performed by Barbra Streisand!

They are the unexpected duo of the evening, but what a duo! John Legend and Sam Smith have taken over “Stand by me”. In two different places – confinement requires – the artists have united their voices and the result is incredible. We let you enjoy …

Accompanied by a guitarist, Kesha sang her song“Praying” and the emotion was palpable. We really liked it!

To launch this evening, Lady Gaga resumed “Smile” a classic by Nat King Cole and Jimmy Durante. A real success!

Lizzo was also there with his sublime voice to show his support for caregivers and the fight against COVID-19. For her, “A change is gonna come” and we want to believe it! Close your eyes and enjoy …

The former member of the One Direction took the time to interpret his first solo hit: “Slow Hands”. A guitar-voice that feels good!

Attention: Moving performance! It is sitting side by side, facing a piano, that the couple Shawn Mendes / Camila Cabello has chosen to interpret “What a wonderful world” like a hymn for a better tomorrow.

After having participated financially in the fight against COVID-19, Taylor Swift also joined the One World initiative, Together at home with his song “Soon You’ll Get Better” which resonates particularly today.

Last but not least, The Rolling Stones! Mick Jagger, Keith Richards, Ron Wood and Charlie Watts gave a live version of“You Can’t Always Get What You Want” … A nice way to close this selection which is, of course, non-exhaustive! 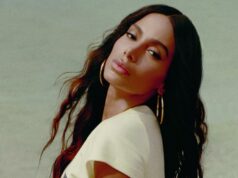 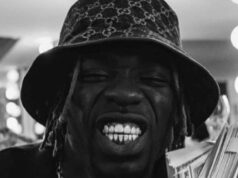 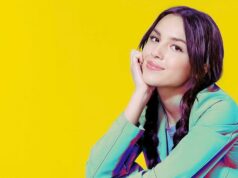