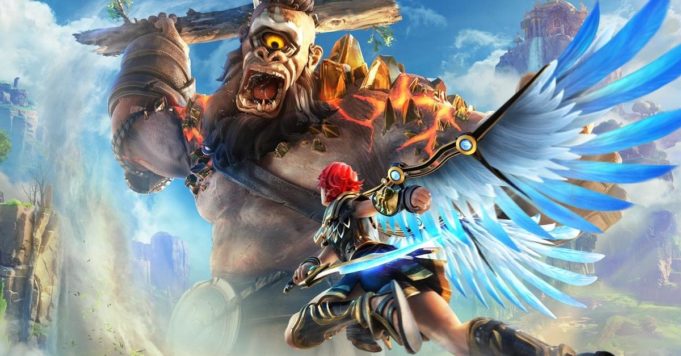 Immortals: Fenyx Rising, formerly known as Gods & Monsters showed up tonight at the second Ubisoft Forward and was able to test it out for a few hours before the announcement.

Before the first Ubisoft Forward in July, we had been able to test Assassin’s Creed Valhalla and Watch Dogs Legion for a few hours. The star of this second presentation was the next game from Ubisoft Quebec, which we knew not long ago as Gods & Monsters. A leak had revealed that his new one was Immortals: Fenyx Rising and it was confirmed during the presentation. So we had the opportunity to play for three hours and to see if the postponement of the release until December 2020, while it was initially planned for February 2020, is justified and if we are facing a Breath of the Wild bis or something totally different.

The desire to compare

If we quote BotW, it’s because the inspiration seemed obvious from the first appearance of Immortals at E3 2019. The verdant plains that we saw in the trailer necessarily remind us of Nintendo’s masterpiece and it is probably for this reason that Ubisoft will prefer to make us explore a zone with a very different atmosphere for this demo. Each section of the great divine island that we can explore in the final game is dedicated to a Greek deity and for the demo, it’s in the forges and somewhat arid environments of Hephaestus that we walked around. But despite that, the specter of Zelda hovers very heavily over our heads, with an incentive to explore that Ubisoft has not necessarily accustomed us to.

In Fenyx Rising, no observation towers to reveal the map. We will have to find a point in height and observe the surroundings to identify the various points of interest in front of us. If we expected a lot of fights and simple chests to open, the game ultimately offers a lot of puzzles. We will have faults that will remind us of the temples of BotW, but we will also have routes to do with our unmanned Apollo arrow or by gliding with our wings, but also constellations to reproduce by going looking for orbs. And on top of all that, we’re also going to have puzzles that don’t appear on the map, and seeing so many puzzles of skill and thinking was the best surprise of this demo.

Assassin’s of the Wild

On the combat side, Immortals offers a hybrid system rather interesting. We will have two skill wheels for melee and ranged combat as we can find in the latest Assassin’s Creed and every action will tap into our stamina bar, which works more like that of a Zelda game. It will be used in combat to use its skills and in exploration to sprint, climb or glide. All these mechanics work very well and the fights against centaurs or cyclops three times the size of Fenyx are as dynamic as they are fluid.

The last point to be addressed is that of the scenario, since the adventure of Fenyx which will consist of save the Greek pantheon from the evil Typhon, will be told in voice over by Zeus and Prometheus with a your assumed humorous tone with in particular breaking the fourth wall and self-derision that it’s a video game. In French, it is Lionel Astier who will be the voice of Zeus and we are waiting for a translation of the English jokes of the game well done to keep the same atmosphere.

Immortals: Phenyx Rising does not promise a gaming revolution, drawing his ideas from other Ubisoft games but also from the competition and especially Breath of the Wild. But we still see each other spending a lot of hours on it, with a cool exploration punctuated by a multitude of puzzles and quite varied puzzles, and a combat system already seen but effective. The your humor and the cartoony and refined artistic direction of the game also has its little charm and we just hope that the French version will be up to the task, and that the game as a whole will not be too repetitive.