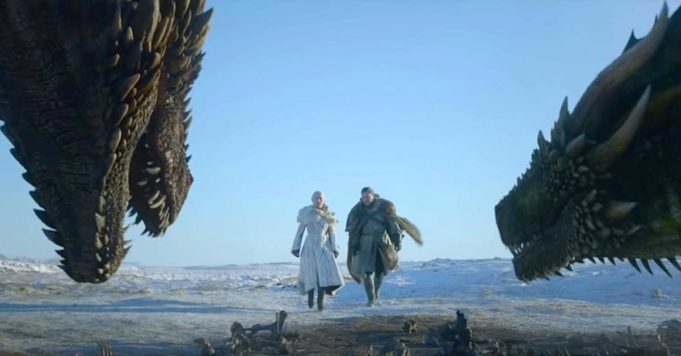 If all of the Targaryen family dragons were gone by the time the Game of Thrones series began, it was for THIS reason!

At the moment when begins Game Of Thrones, the dragons have become as fictional animals for the characters of the series as they are for the spectators! When Daenerys Targaryen (Emilia clarke) comes into the world, this species which represents the emblem of his House is no more than a distant memory … However, thanks to her, several specimens from this mythical race will be born, and allow it to conquer several cities, including Meereen and King’s Landing! But that does not answer the question of how these formidable carnivores became extinct over time, and despite their place at the top of the food chain. It turns out that their deaths were largely due to the event called the Dance of the Dragons.

This civil war between the members of House Targaryen was responsible for the disappearance of several of them. When King Viserys I passed away, after making his first daughter heir to the Iron Throne (to the detriment of his younger sons), he split his supporters into two camps: Blacks and Greens. The conflict which ensued within his offspring was fatal for the eighteen dragons that the family owned, and who found themselves divided into each of the clans. Forced to respond to their respective masters, most of them killed each other … Their complete extinction was also caused by their confinement in the dragonpit., a pit too small and narrow to allow them to grow as much as they should. And if you want to know more about the Targaryens, we explain here why incest was not controversial among them, unlike the Lannisters!