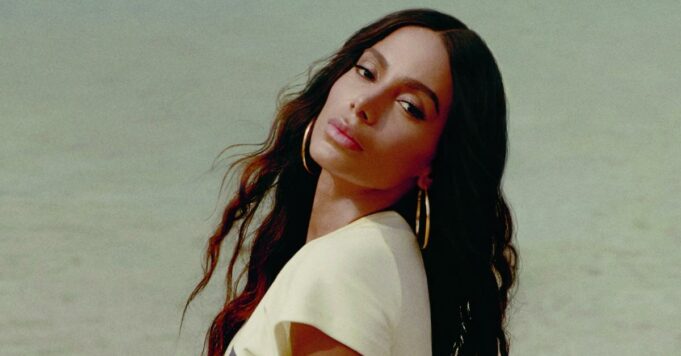 Last week we had the right to several new features! Nicki Minaj is back, Katy Perry reveals herself as a Pokémon fan, Clara Luciani announces her tour … Everything is in our music recap. And today we are going to talk to you about an artist to follow absolutely: Anitta. You don’t know her yet? The Brazilian singer is a real celebrity in Latin America and begins to export to the United States and France. A true network star with her 53 million followers on Instagram, she has collaborated with big names. Major Lazer, Maluma, J Balvin, Snoop Dog … and more recently Cardi B and Myke Towers for the title “I like”. The editor of melty was able to speak with Anitta and ask her all our questions. You can find it right here! And if not, we listened to Bramsito’s album for you, Substance, we have selected the 5 titles to remember.

melty: Hi Anitta! You just released a new track called “Girl From Rio”. What inspired you when you wrote it?

Anitta (singer): When I first came to the studio, Stargate (the group that produced the song, nldr) played the sampled music for me with the Brazilian anthem “Girl from Ipanema”. And I was shocked! This song is very important in Brazilian culture. So when we started to write the lyrics I decided to bring my own look at Rio, but also to talk about my personal life. It’s a very intimate piece for me.

melty: In this song, you praise girls who have curves, who do not look like models. Is “body positive” an important subject for you?

Anitta: Yes ! I don’t like to make music just to make numbers and make money. I want to feel like my music has had an impact on the lives of those who listen to it. And in this song, the idea was to say that all different types of bodies are beautiful. I think it’s important that all women feel represented.

melty: You have already been able to interpret “Girl From Rio” in various American programs. How was it ?

Anitta: It was super cool! I love that my song is on the radio in America. It’s like another beginning for me. It’s been 10 years since my career began. I am already well established in Brazil and Portugal but I was not known in the United States. So coming into a new music market, making music in another language and having to get my work out there again … It’s like starting from scratch. It’s a real challenge!

melty: You will soon release a new album! Can you tell us about it?

Anitta: The album is also titled Girl From Rio, and is quite personal. It’s an album that I introduce myself as an artist, but I also introduce the culture of my country by mixing it with that of other countries. For example the title “I like” is a mix of Brazilian rhythm with also a little reggeaton which is a hit at the moment in the world. For “Girl From Rio”, we also added trap, hip-hop … The album will also be a mix of English and Spanish songs.

melty: Will there be collaborations?

Anitta: Yes ! I’m not a very serious collaborator. Before yes, but not anymore. I think I’m more in that mood because today I’m making music that’s very personal. But my manager is very obsessed with collaborations! (Laughs).

melty: And about collaborations. We could hear you in feat with Cardi B and Myke Towers on “Me Gusta”. How was the filming of the clip?

Anitta: It was crazy! I started touring in Brazil with Myke Towers. And in fact, Cardi B was a surprise from my manager! I didn’t know she was coming. She suddenly appeared! It was fantastic, I was shocked (laughs). Cardi B is my favorite collaboration. She is very generous, she is great, I love her personality! We are very similar in our way of thinking.

melty: With whom would you dream of collaborating?

Anitta: I would love to sing with Rosalia, Drake too. But the thing is, today I’m so happy with everything I’ve managed to accomplish in my life, that I don’t feel like it’s something I’m missing.

melty: Can we hope to see you come to France soon?

Anitta: Yes ! 100 % ! I love France ! I have already performed there. I don’t remember the name, I think it was something like “theatron…Theatre…”, I do not know anymore (laughs). And I loved it but I felt so bad because I didn’t speak a word of French! When I returned to Brazil, during confinement I learned to speak French, now I can communicate a little! I also listen to some French music. I know Dadju, I like him a lot. I have French friends who send me playlists, it’s a lot of rap.