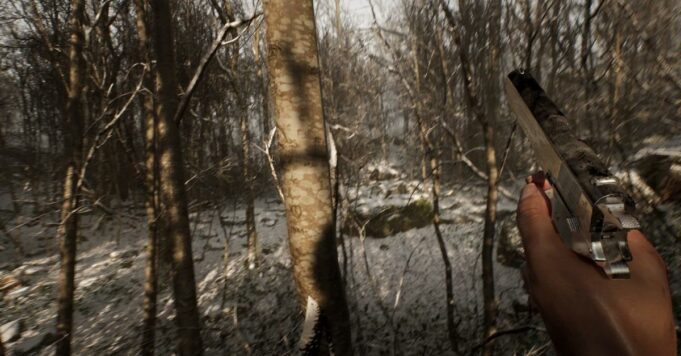 BLUE BOX Game Studios, an independent studio based in the Netherlands, has just announced Abandoned, a game developed exclusively for the PS5. Here’s everything you need to know about this new immersive experience, described as a cinematic survival simulator.

With titles like Returnal, Deathloop or Ratchet & Clank: Rift Apart coming this year, Sony is preparing great experiences for the lucky lucky ones who managed to get a PS5 these last months. However, the publisher has not yet revealed all of its secrets and still has some surprises in store for its audience. Thus, we learned yesterday via the PlayStation Blog that a new PS5 exclusive, Abandoned, will arrive in the fourth quarter of 2021 exclusively on PS5.. Developed by BLUE BOX Game Studios, the game is presented as a first person cinematic survival simulator whose approach is intended to be as realistic as possible. A first teaser, very enigmatic, reveals the beginnings of this project whose development has just started.

We will discover the history of Jason Longfield, a man waking up alone in a strange forest without knowing how he got there. He will then have to do everything to survive by finding a way to escape, as well as understanding the reasons for his presence here. Game director Hasan Kahraman says Abandoned will offer players “A unique and realistic gameplay experience” where each event that takes place there will have consequences on the personage embodied. Lost in the open world, you won’t have to be content to run, aim and shoot: you will sometimes have to hide and plan each of your actions with precision, otherwise death can very quickly happen. The title will also take full advantage of the features of DualSense and 3D audio for more immersion..

Finally, the Dutch studio promises a extremely realistic experience, whether in terms of graphics or animations, with a resolution in 4K and 60 FPS. A gameplay video will be unveiled shortly. Note that contrary to what some Internet users may have thought, this is not a game developed by Hideo Kojima, who is not involved in the design of this project in any way as indicated by a official speech by BLUE BOX. Until you have more information about this mysterious Abandoned, you can still treat yourself by enjoyinga reduction on a PSN card worth € 50, available at a reduced price thanks to Eneba.