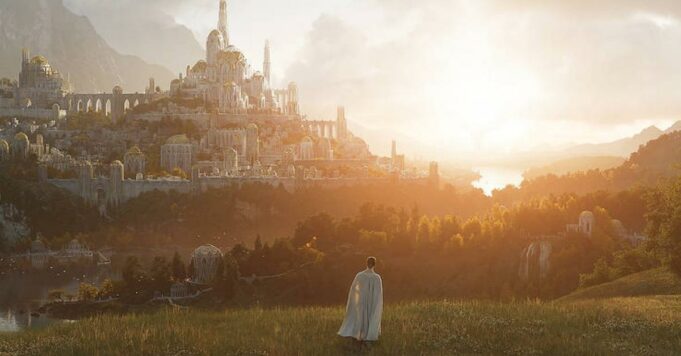 The event series The Lord of the Rings lands September 2 on Prime Video. On the occasion of the Super Bowl, the platform unveiled a teaser with the first official images of the series. A teaser eagerly awaited by fans of the universe. The series is set during the Second Universe Age, thousands of years before the events of the Lord of the Rings. The few seconds of teaser show us the sublime New Zealand landscapes as well as a real glimpse of these faces both familiar and new to some of the world of Lord of the Rings. Check out the teaser below.

the Lord of the Rings: The Rings of Power take place after the defeat of the evil god Morgoth and the mystery surrounding the whereabouts of his loyal general and apprentice, Sauron, who disappeared following a war that destroyed almost everything. We encounter a much different version of Galadriel now in command of the armies of the North and hunting down Morgoth’s allies. She is still a long way from becoming the Lady of Lothlórien that we know from the original trilogy. We also discover a young version of the half-elf Eldron.

A teaser that does not convince

The series is eagerly awaited by fans of the Lord of the Rings. Only, despite beautiful landscapes, the teaser fails to convince the public. The first fear is to miss it completely. Fans are already starting to compare the series to narniaa universe yet quite far from that which is targeted. “Flat, without real identity and basic”, here are the adjectives that come up most often to qualify these first seconds. We imagine all the same that the fans will be there despite their high expectations. See you on September 2 for the first opinions and the verdict.