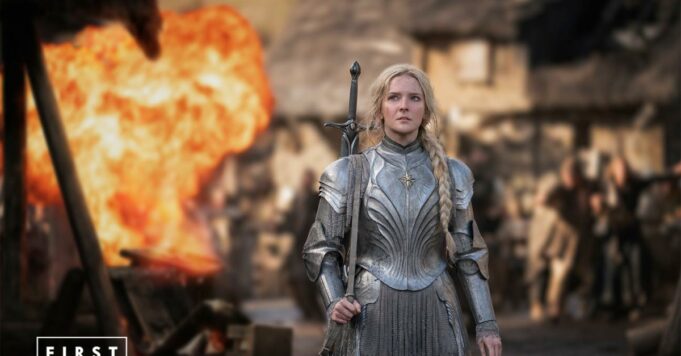 Amazon Prime Video takes care to divulge the information concerning The Rings of Power, the announced series as a prequel to Lord of the Rings. On February 10, Vanity Fair exclusively unveiled the first images. On occasion, Patrick McKay confided, in particular on the pressure that he can feel in creating a series after the monumental success of the three films of Peter Jackson. The series, which will be broadcast at the start of the school year, has been signed for 5 seasons, with a budget amounting to more than a billion dollars. This puts it at the top of the podium of the most expensive television productions.

Patrick McKay talks about the enormous pressure that this series represents, especially following the trilogy of Lord of the Rings by Peter Jackson. He also talks about the risks of possible changes from JRR Tolkien’s original texts. He also mentions the difficulties encountered because of the pandemic during the filming of the rings of power. His exact words: “I knew what they were going through and they knew what I was going through, because can you imagine returning to this world so loved and [se retrouver face] the bar set very high by the films of Peter Jackson? We were constantly aware of the enormous expectations.”

We expect a lot from this new series

Patrick McKay, who created the series with JD Payne, isn’t the only one under pressure. The Rings of Power is also a kind of test for Amazon Prime Video. The platform will have to prove that it is capable of making the series as epic as it is accessible to everyone. Many hope the series will succeed Game Of Thrones since they share sacred points in common, such as the fantastic universe, the casting of a large number of characters and the different stories that intertwine. So, will the series succeed in keeping all its promises? See you on September 2, 2022 to watch the first episode of rings of power on Amazon Prime Video.