Home News Whatever happened to Jewel?

Jewel (full name Jewel Kilcher) burst onto the music scene in 1995 with her debut album, Pieces of You. The record went on to sell over 12 million copies worldwide, which is more than a little impressive. Since then, this musician has continued to extend her discography, releasing eight studio albums, two holiday records, a greatest hits collection, and two albums of children’s songs, as of this writing in 2019. Alongside her dexterous music career, Jewel also ventured into writing and acting, before seemingly retreating from the spotlight altogether.

While die-hard fans of the folk-turned-pop-turned-country singer will know that Jewel has stayed busy over the years, it’s undeniable that her music has been reaching a much smaller audience since her hey-day in the ’90s. But the artist seems happy to have taken a step back from the craziness that being a celebrity conjures. « My music has never been about making myself into a star or a celebrity, it’s been an authentic exploration of, ‘How the heck do I do this’ and ‘What is this thing called life?' » Jewel told Rolling Stone in 2015. « I’m just making something that is purely unadulterated me and what my poet’s heart wants to say. »

Let’s take a look at what Jewel has been up to in recent years.

Jewel’s hands are full as a single parent

In July 2014, Jewel announced her split from nine-time world champion rodeo cowboy Ty Murray. In a blog post titled « Dear World, » the musician explained, « My husband, friend and partner of 16 years and I have decided to get a divorce. » In a move not unlike Gwyneth Paltrow’s « conscious uncoupling » from Coldplay’s Chris Martin, Jewel called her breakup from Murray a « tender undoing of ourselves. » The singer shared a joint statement written with her now ex-husband, which read, « Our dedication to our son is unwavering and we are both committed to being the best partners in raising our son. » Murray has since remarried sports reporter Paige Duke.

Murray and Jewel continue to co-parent their son, Kase Townes Murray, who was born on July 11, 2011. Six years later, Jewel opened up to Reuters about life as a single mother: « You have to let go of the myth of perfectionism. Single parents always feel like a failure, if they are working and raising a child at the same time. But you are not a failure, and you don’t have to do things perfectly. » A regular fixture on his mother’s social media, Kase appears to have inherited Jewel’s musical talent and showmanship. The singer told People in 2018 that « [Kase] got up on the stage in San Diego in front of 15,000 people and played ukulele. »

Maybe one day we’ll get a duet from the mother-son duo.

Touring is a family affair 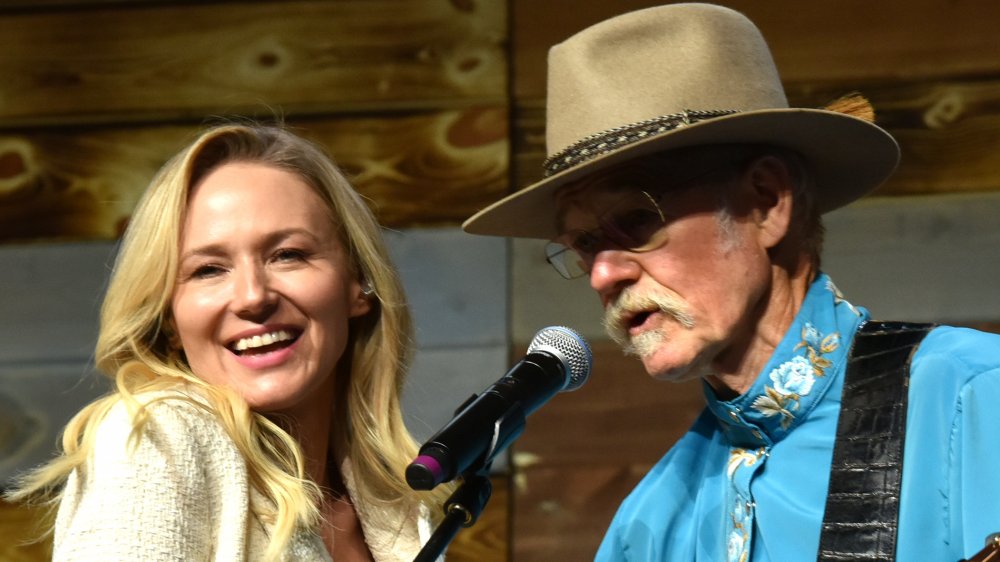 Jewel isn’t the only member of her family in the spotlight. Jewel’s father and brothers star on the Discovery Channel’s reality show, Alaska: The Last Frontier, and the singer has even appeared on several episodes herself. Jewel’s relationship with her father, Atz Kilcher, has been well-documented. « He disliked me at my first cry, » she wrote in her 2000 memoir, Chasing Down the Dawn (via People). « He was critical and impatient, suspicious and harsh with me. » However, Jewel is thankfully on much better terms with her father these days, and even went on tour with him, as well as her brothers, Atz Lee and Nikos, in 2018.

Speaking about the family embarking upon Jewel’s Handmade Holiday Tour together, she told Reporter Newspapers, « Each of my brothers and my dad write and they have their own style, so my son can see that he has a unique voice and he doesn’t have to be like me or like anyone else. He can discover who he is. » Jewel also revealed that she’d be yodeling with her father during each show and that, prior to each concert, the family would be holding « a pre-show market of handmade items: bracelets my dad has made … and even items my son, Kase [then age 7], has made. »

Basically, Jewel has made her live performances into a true family affair, which is beyond adorable.

This singer-songwriter is also a Hallmark movie regular 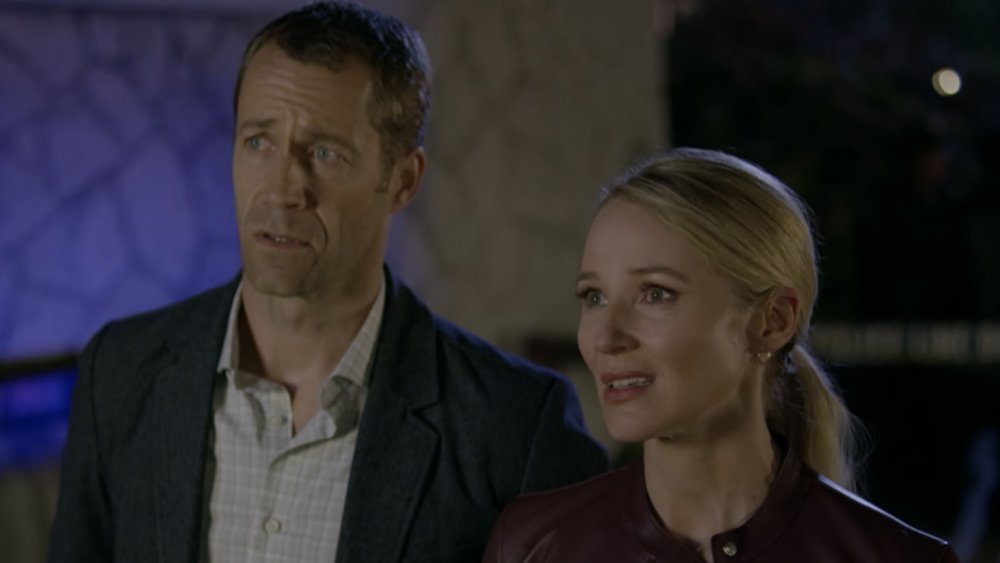 Jewel moved into acting fairly early in her career, receiving positive reviews for her performance in Ang Lee’s 1999 film, Ride with the Devil. But it wasn’t until the 2013 TV movie Ring of Fire that she took on a lead role, playing June Carter Cash opposite Matt Ross as Johnny Cash. The part seemed to stoke Jewel’s acting embers, as she soon scored the leading role in Hallmark’s The Fixer Upper Mystery Movies series. Jewel has starred in three of the Hallmark favorites to date, portraying the role of Shannon Hughes, the owner of a restoration company who turns into a detective when faced with murders in the buildings she’s renovating.

As for whether she’ll return to the role, Jewel told Parade in 2017, « I signed on for potentially nine, so it depends on the ratings. » The singer-actress described her character in the series as « an ordinary person with a good eye for detail. » She also took on an important role behind the scenes, adding, « My role as an executive producer is to look at the script, look at the storyline, and make sure we’re comfortable with the actors in the film. » Co-star Colin Ferguson is definitely a fan of this multi-talent’s work on the series, as he told Media Village, « It would be really difficult to not have chemistry with Jewel because she is really, really, nice. » 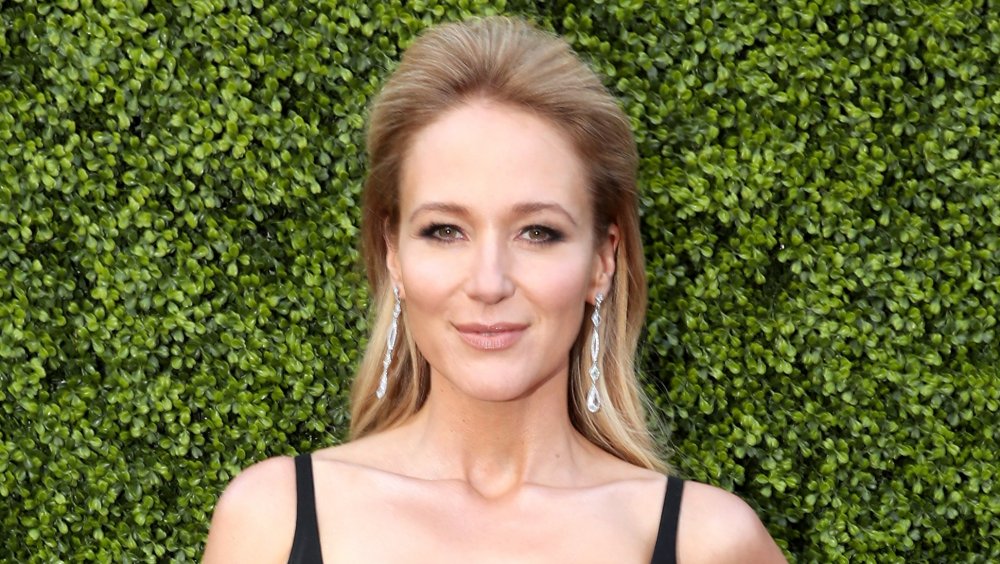 She may have started her career in music, but in recent years, Jewel’s diversified her offerings to fans. In 2016, she launched the website Never Broken, which is described as « your personal road map to help you calm anxiety and access your own inner knowing so you can learn to make happiness a habit. » The site provides visitors with exercises and workshops to help them develop the tools they need for self-reflection, to explore their emotional fitness, and to find happiness.

The following year, Jewel announced that she’d started an organization called Jewel Inc., making it clear that she was ready to spread her message of hope to the masses. According to Fortune, the aim of Jewel Inc. is to « bring mindfulness tools and curriculum to businesses in order to help shift company culture and care for the holistic wellbeing of employees. » So far, the musician has partnered with the company Zappos. As she explained to Parade, « A lot of it is about learning how to get rid of the anxiety and the static that keep you from hearing your own inner voice and your own inner knowing. »

She’s using her experience of homelessness to help others 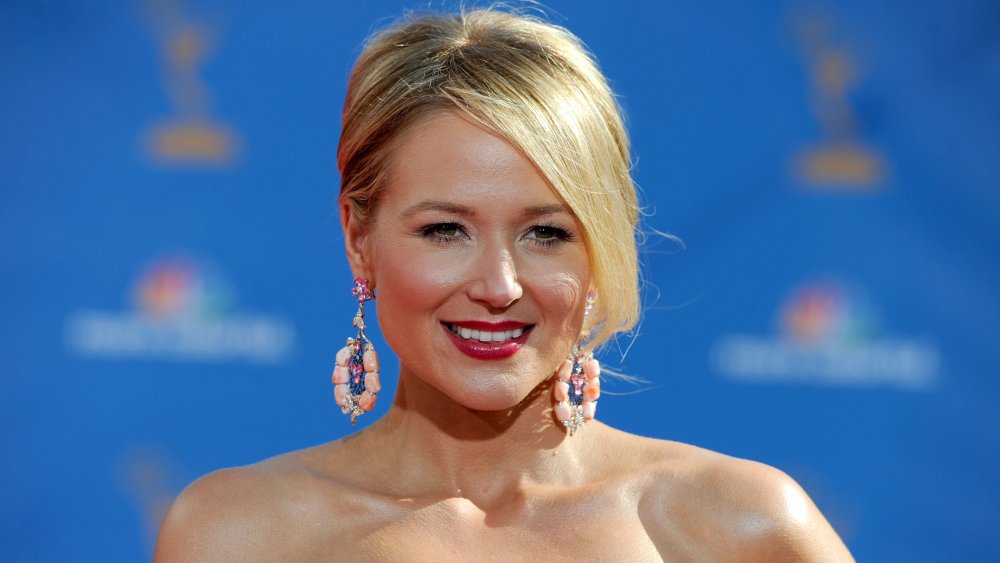 Something that Jewel regularly talks about is her experience of living in a car before she was discovered and started her music career. But not everyone realized the extent of Jewel’s troubles until she revealed the truth behind her homelessness. Speaking at the 2017 SALT Conference in Las Vegas (via CNN), Jewel explained, « I was a homeless kid who was stealing. » She continued, « I didn’t have $40 to buy a dress, much less to get any housing. »

In a previous interview with Today, Jewel said, « I remember washing my hair at a bathroom sink in a Denny’s, and I was using the hand towels to dry my hair. And people looked at me like I was absolutely disgusting. I wanted to yell at them and say, ‘I’m human! I may not have a house, but I matter!' » Although the singer had been living in her car, it was tragically stolen, leaving her in an extremely vulnerable position.

According to Variety, Jewel also gave a speech at a private event in 2018, in which she explained, « But I am still on the streets. Helping homeless kids. I travel all around the country. People need help. They are struggling. They are medicating. They are hurting themselves or others. I have been finding ways to help. » Rather than shying away from the difficulties she’s faced in her own life, the singer is using her own experiences to help others and make change happen. 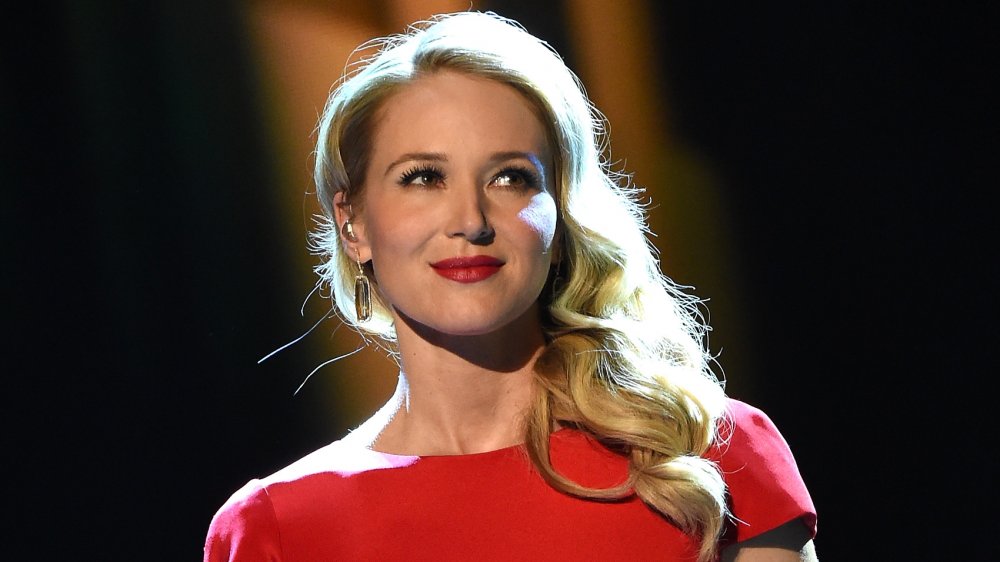 With a name like Jewel, it’s pretty much a given that the singer-songwriter would be a lover of jewelry. So it makes sense that she decided to start a jewelry company called Songlines after meeting designer Christopher Beaver. Of their company’s key tenets, the Songlines website explained, « We assembled or made from scratch every single piece in our lines, imbuing each object with the spirit of friendship, generosity and kindness, the latter of Jewel’s keystone values. » Colleen Thompson and Ava Nelson are also jewelry artists in the Songlines collective, all of whom credit Jewel as their « beloved muse. » And it’s clear that the entire initiative is close to the musician’s heart.

As for why she got into the jewelry business, Jewel told Forbes in 2018, « Because I grew up on a ranch, I always use nature as a marker point. » She continued, « I would find a feather and it would remind me to look at my life in a larger perspective. Or the sun represents living in openness without shame or secrets. Each piece is meant to represent a value or embody gratitude and being kind to others. »

In her ever-personal lyrics, Jewel has always explored human nature and her connection to the world around her. Through her jewelry collection, the musician has offered her fans objects of beauty inspired by the earth, and imbued with a sense of the qualities she holds dear.