Rapper Post Malone (real name Austin Richard Post) got his big break after his debut single « White Iverson » topped the charts back in 2016. Since then, he’s continued to make an impact on the music industry, earning millions along the way. However, it wasn’t always smooth sailing for the rapper.

When he first moved out to Los Angeles to pursue a music career, he was pretty broke. « When I was young and I came out here [to California], I had a super dark time …. I was sleeping in a closet, I didn’t have any money, and I would just f*****g scrounge in my f*****g friend’s center console for quarters so I could buy cigarettes… » he told GQ. Now, the rapper is worth a whopping $14 million, according to Celebrity Net Worth. Malone makes a good deal of his money from touring and album sales, and he’s also snagged a few endorsement deals over the years that have contributed to his overall net worth.

You could say that Malone is doing a lot « Better Now, » but how exactly is the rapper spending his millions?

While a lot of celebrities opt to live in the Hollywood Hills or lavish New York City penthouses, Malone had a different idea for his rockstar retreat. According to TMZ, in early 2018 Malone quietly dropped a casual $3 million on a pad just outside of Salt Lake City, Utah. The 12,702 square foot home boasts five bedrooms, six bathrooms, a fire pit, basketball court, wine cellar, home gym, and hot tub, according to the outlet.

In addition to Malone’s plans to add a recording studio to his home, which seems pretty normal for a musician, he apparently is also looking to add in an underground bunker — which is not so normal for a musician. And why, you ask? Just to have a place to chill in the case of an apocalypse. « I’m building it underground, » Malone told the H3 podcast. « It’s going to be fun until the world ends. But whenever the world ends, it’s going to be functional. » We’re still not sure if this is an extravagant way to blow money or the best idea ever. 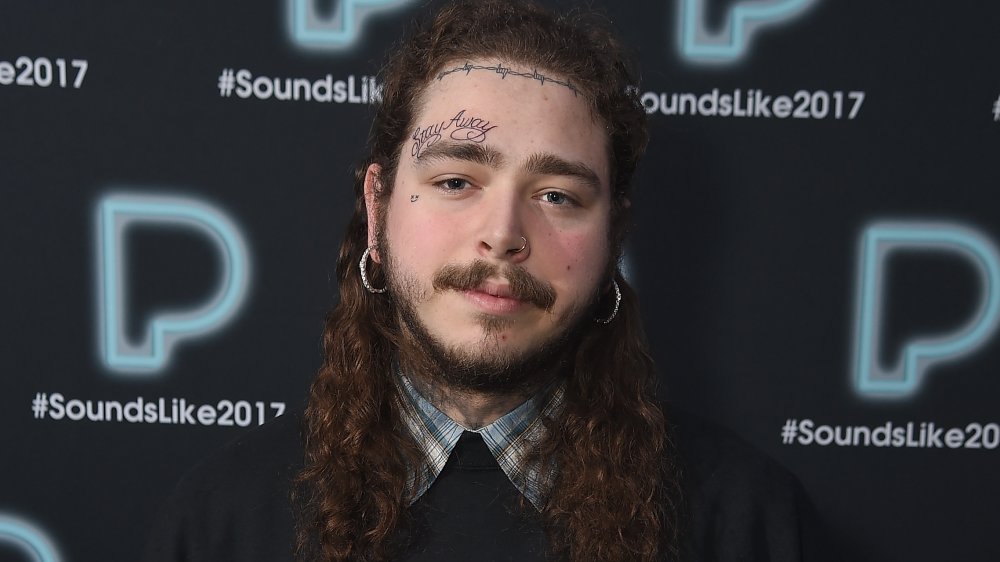 Post Malone is quite the car connoisseur. When he’s not out on the road touring, he’s hitting the road in one of his numerous cars. In August 2019, the 24-year-old basically spent $3 million on a white 2019 Bugatti Chiron — it only makes sense that he should have a $3 million car to go with his $3 million house. In addition to the Bugatti, Malone is also the proud owner of a Rolls-Royce Phantom, a F-150 Raptor Baja Racer, a Chevy C10 pickup truck, and a Subaru WRX (via The Drive).

At one point, Malone also had a $320,000 Rolls-Royce Wraith, but it was totaled after he was T-boned by a Kia in September 2018. However, Malone clearly wasn’t too torn up over the loss of his car, as he upgraded to his $420,000 Rolls-Royce Phantom just one day after the accident. « I f*****g totaled my other one so we went and got…the bigger one, the funner one, » Malone said in a TMZ video. 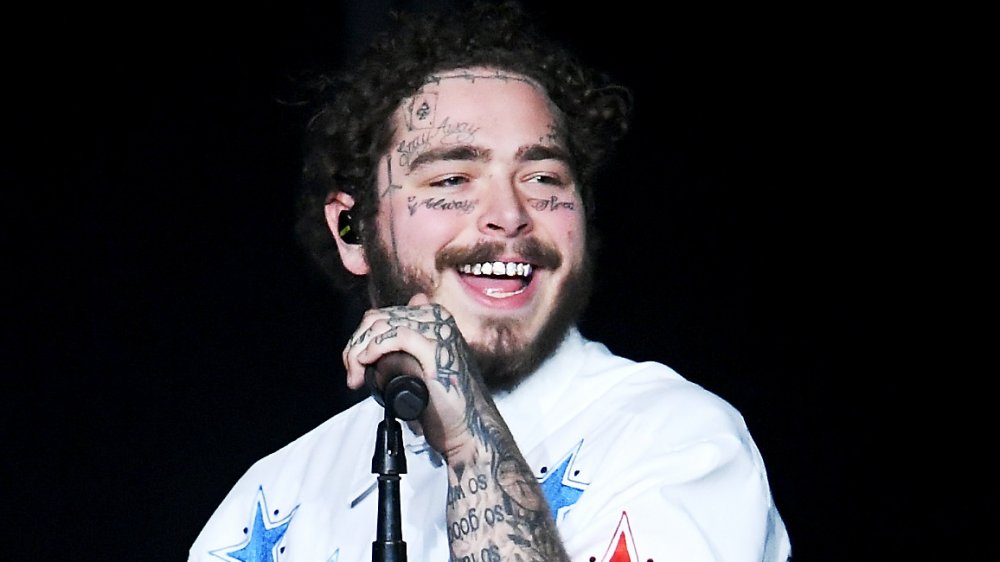 Despite being worth millions, when it comes to making food at home, Post Malone is just like the rest of us — ready to order up delivery in a heartbeat. According to The Hollywood Reporter, in 2018 alone the rapper spent more than $40,000 ordering Postmates. In a Postmates series called « The Receipt, » the company spilled all the tea, writing that, up to that point, Malone had ordered about 3,000 items on 660 orders in 52 cities. Even though they basically put Malone on blast, they softened the blow by dubbing him the #1 dedicated customer.

In case you were wondering, some of the rapper’s favorite restaurants to order from include Chick-fil-A, Ralph’s, Burger King and Popey’es Louisiana Kitchen. In fact, at least $8,000 of the $40k spent in 2018 was thanks to Malone’s purchase of 10,000 Popeye’s biscuits to be delivered to a Coachella party. The rapper even temporarily changed his name to « Postmates Malone » following the delivery — somebody get this guy an endorsement deal!

If learning how Malone spends his millions was interesting, you’ll be equally intrigued by the untold truth of the rapper.