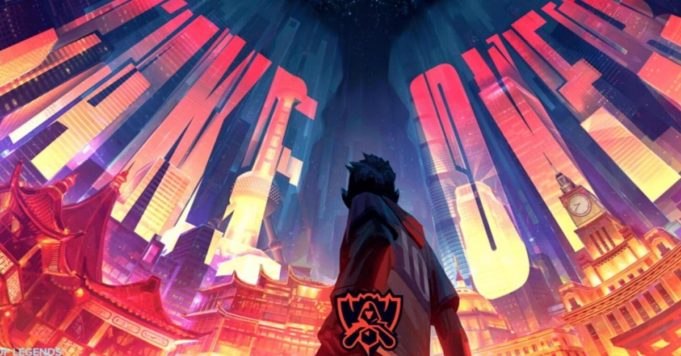 We come back to all the esport news of the last 7 days, with obviously a lot of LoL since the Worlds are being held at the moment!

The Worlds quarter-finals are known!

After a rather fierce start to the main event and full of surprises, we finally know the last 8 teams competing for the trophy. The draw for the quarterfinals of the League of Legends Worlds took place just after the end of the group stage, this Sunday in Shanghai. Thus, Gen.G will meet G2, Fnatic will face the favorites of Top Esports, Suning will face JD Gaming and DRX will meet DAMWON (the best team in the tournament so far). In short, these meetings are likely to be well attended: they started yesterday, and will end on Sunday.

Unprecedented audiences for the Worlds

And even though we weren’t in the top 8 yet, the LoL Worlds have continued to interest players around the world. And in doing so, this year, a new audience record was broken, both for the play-in phase, but also for the main event. Thus, since the start of the competition, the World Cup has accumulated 94 hours of broadcasting, and more than 920,000 spectators have gathered in front of the matches on average. This year’s peak audience is 1,847,987 simultaneous viewers (LGD Gaming vs. Gen.G). We are still far from the 4 million last year (G2 and SKT in half), but it is very promising for the rest of the tournament.

Following the various poor performances of the North American teams during the LoL Worlds, a team had to raise the level for the region. This team is San Francisco Shock, who retained their Overwatch League title by winning the final of the third season of the competition in South Korea. A victory in the final against Seoul Dynasty (4-2). What confirms the domination of the American team on the Overwatch competition.

$ 40 million for DOTA 2 and The International

We could talk about the fact that The International 2020 has reached a record in terms of endowment, in all the history of esport. What is quite incredible is that this endowment continues to increase, and therefore to increase the new record. The International 2020 now benefits from an endowment of $ 40 million. A simply mind-blowing figure, especially for an esport competition. However, we know that the tournament will not take place this year, due to a health crisis.