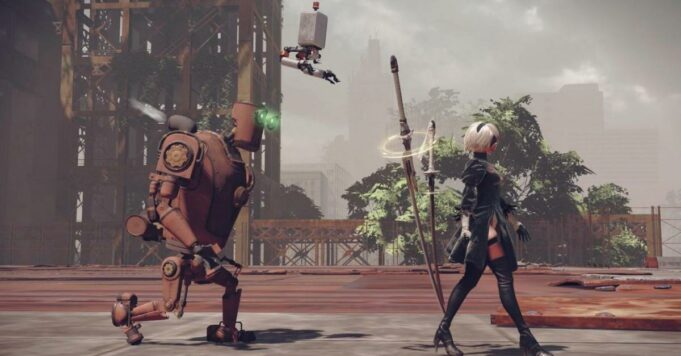 Nobody really likes scenes of credits that go on forever … unless maybe we can take the opportunity to continue playing!

Let’s be honest, the credit scenes of a game are rarely scrutinized to the letter by the players. And yet, they are a good way to pay tribute to the development team who were able to work on the game, and its completely essential to every game. So just to make the experience a little more pleasant and fun, some developers have decided to make these famous credit scenes playable, either through a small mini-game or simply by allowing the player to continue to play his character.. After all, video games are made to be played, and for the examples we’ll cover here, credits are no exception!

NieR Automata is extremely original in its gameplay or even its structure, and of course, the game’s credits scene remains of the same ilk. While the names scroll across the screen, the player finds himself in a rather fun shoot’em up that allows time to pass while having fun, all while paying homage to the creators of the game.

The Super Monkey Ball end scene offers the player the chance to nab a lot of bananas, but beware: we must avoid letters from developers to whom we pay tribute for the credits. It has it all: fun gameplay, but also the ability to really see the names of those who made this classic.

When you reach the end of New Super Mario Bros. on Wii, a list of names and roles will appear on the screen from bottom to top, much like any credits scene. The difference is that Mario can walk around this list of names, destroy letters by crashing into them, in short, do whatever he wants! Enough to have fun for 5 minutes.

It is true that for a game as focused on action as DMC 3, we would have been a little disappointed to have to wait for 10 minutes for a list of names to scroll on the screen. So instead, we are treated to an endless fight scene in which the player can kill as many demons as he wishes. What to avoid boredom!

If there’s one game where you don’t expect to find a classic credits scene, it’s Undertale. The game only surprises the player during the adventure, and credits are no exception: if we reach the pacifist end of the game, we have the right to play during the credits, in order to avoid all the names appearing on the screen with our little hearts.